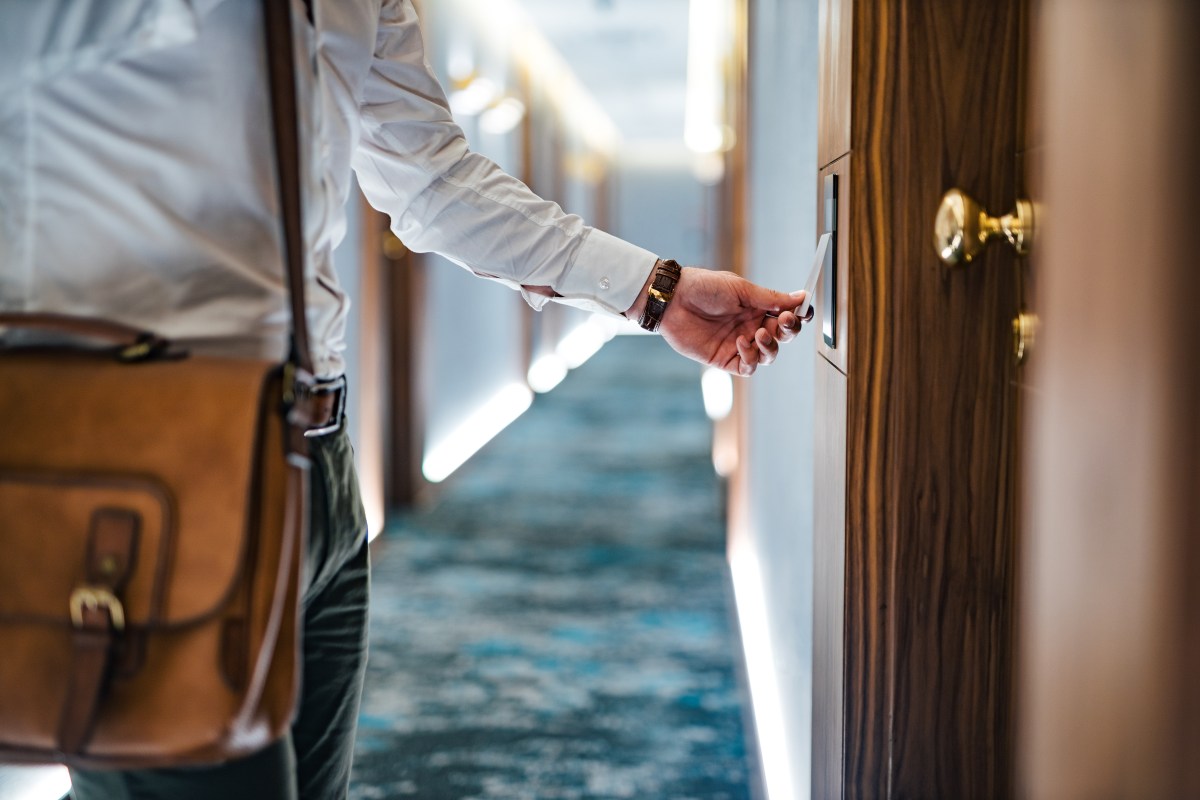 Why you should ALWAYS check your hotel room door before unpacking

WHEN you walk into a hotel room, you’re unlikely to check the door lock immediately.

But vacationers have warned guests this is the first thing to do, as many have had bad experiences.

Most hotels use electronic key cards to open room doors and anyone with a key card assigned to that room can use it to gain entry.

But most rooms also have deadbolts or latches on the inside that guests can use to ensure the door is locked for everyone, including anyone with a key card.

Reddit user r/LifeProTips took to the community sharing site to urge hotel guests to check that their door locks properly and that their room is secure before settling in.

They wrote: “Check your hotel room door locks BEFORE unpacking.

“Before you move in, make sure your door has a working lock that you can engage from the inside and if the lock is broken or doesn’t exist or the lock is in general poor condition, ask for another part.

“Your hotel costs should include this basic level of security.”

The post received 6,000 upvotes and more than 300 comments from people who revealed horror stories during their own stays in hotel rooms.

One person shared a story about when they didn’t lock their hotel room door.

They wrote: “I once stayed at a hotel and they had physical room keys.

“Morning comes and this woman unlocks my door and walks halfway through the door, screams and runs away.

“The keys all opened all the doors…she was using the room opposite and obviously forgot which one was hers.”

Another person wrote: “My aunt and her friends had met a guy in a bar who had followed them to their motel (unbeknownst to them).

“In the middle of the night, he convinced reception that he knew the girls and so they gave him their room key.

“My aunt is a pretty light sleeper and woke up to this guy snoring on the floor. She screamed, the guy woke up and tried to explain himself, she didn’t give a fuck and told him kicked out. Then she tore up the reception a new one.”

Someone else remembered the time they couldn’t lock the door because it was secretly jammed.

“I found the plastic ‘no smoking’ sign, paper advertisements and trash piled up in the door slot – you know where the handle locks in the frame?

Another person wrote: “My mum and dad were checked into a room. When they opened the door (with the key card) there was another guest taking a shower (thinking the door was locked – a reasonable expectation of privacy from the guest).

A fifth wrote: ‘Last summer someone kicked down our hotel door. No latch or deadbolt because someone [had] just left the room for something.

“After that, I will definitely check the locks the next time I stay in a hotel.”

Meanwhile, a frequent traveler has revealed the £1 item that will stop people breaking into your hotel room.

A Royal Marine has explained how to stop someone breaking into your hotel room on holiday – and all you need is a belt.

A flight attendant has revealed a safety tip you should always do before entering your hotel room.

The season promises to be good for food, drinks and agribiz