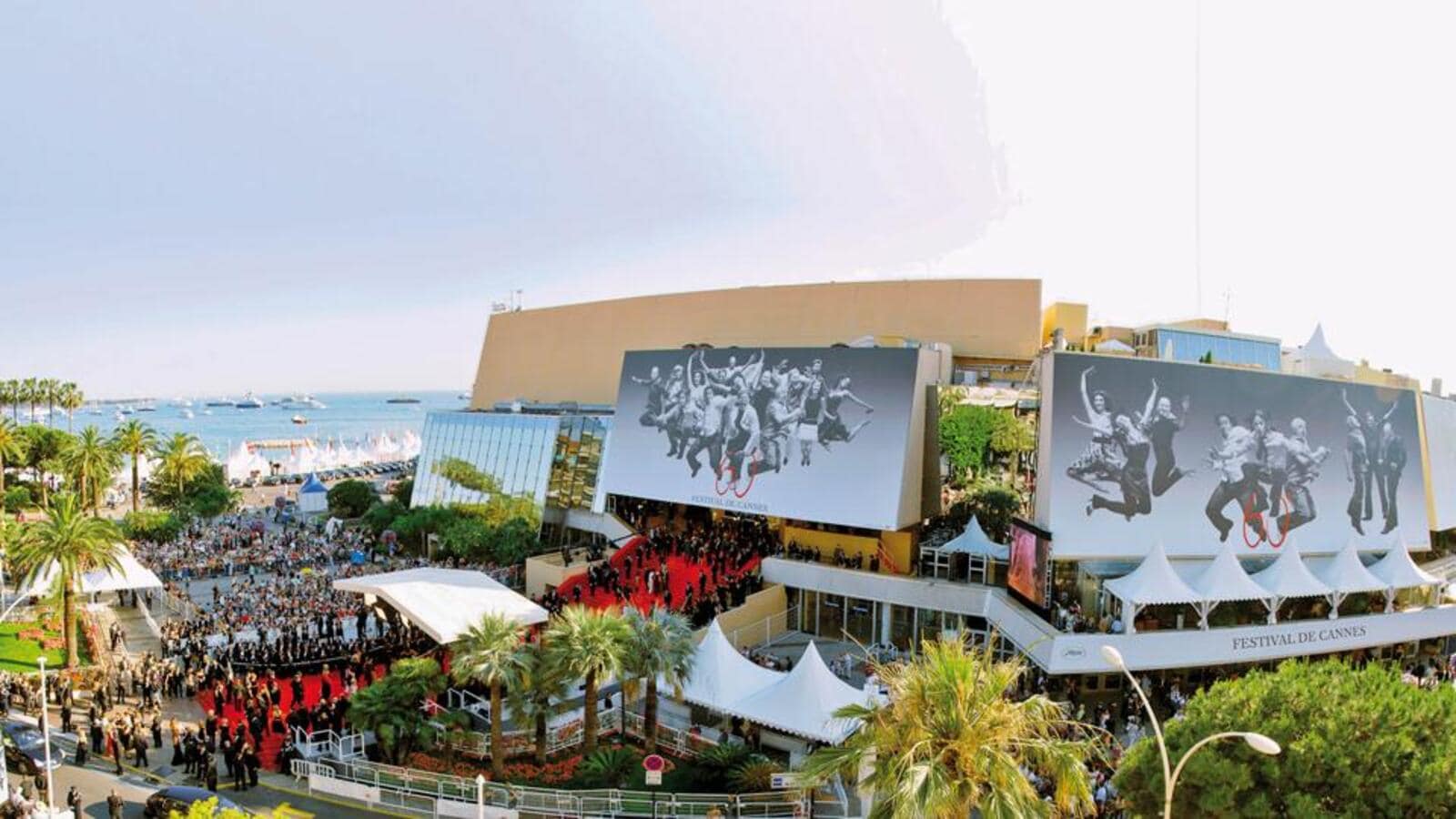 Vir Sanghvi’s Rude Food: Every Festival is a Holiday

Let’s hear it for festival tourism. Yes, I know what you’re thinking. And you are wrong. When I say “festival tourism”, I don’t mean going for Holi, Diwali or Christmas. It has always been fun. But these days, when people say festive holidays, they mean something completely different.

As I write, the madness has begun in Cannes. The French seaside town is best known for the Cannes Film Festival, a celebration of life, madness and sometimes cinema.

I only went to the Cannes Film Festival once, in 2013, and I’ve never forgotten how pleasant and surreal the experience was. I suspect I wasn’t the only one feeling this. The city was swarming with thousands of people, many of whom had only loose ties to the film industry. They were there because Cannes, when it shines, can be the greatest show in the world.

That’s what I call a holiday festival.

Festival tourism is a big thing these days. I’m willing to bet a lot of those who were at Cannes this year had little to do with the film industry. When I went there years ago it was to shoot a TV documentary about the festival and I got the full Cannes experience. Landing in Nice, flying to Cannes, staying first at the Martinez and watching the stars congregate in the lobby, then at the Carlton where agents and producers crowded the elevator, eating almost every meal at the two Michelin stars La Palme D’Or while watching the crowd from her balcony, walking the red carpet as the paparazzi walked away (in case I was a movie star who had gone to seed) and having lunch on the yachts that dotted the bay .

But what I remember most now is the energy on the Croisette, the seafront promenade (like Mumbai’s Marine Drive). You might find Vanessa Paradis playing for free; a contingent of rushing drag queens; make-up artists dragging their suitcases as they go from one mission to another; men in full evening dress awaiting the arrival of their appointments and street performances of all kinds.

If work ever brought me back to Cannes, I’d happily ditch the choppers, Michelin-starred meals, and suites at the Martinez and Carlton, just to hit the dizzying streets during the festival.

No need to go to Cannes to enjoy a festival. In 2007, I was a delegate at one of the receptions marking the [email protected] celebrations in New York. It was the kind of India festival that made you proud to be an Indian. New York buses were painted in the colors of our flag, percussionist Sivamani stopped traffic in Times Square, dancers played Kathakali at the exits of Grand Central Station and Bryant Park became a center of modern Indian culture with artists such as the Colonial Cousins. .

It was one of the most dazzling celebrations that New York – a city that is used to dazzling – had ever seen and symbolized the hope that Indian democracy and pluralism represented.

I know people who now plan entire vacations around festivals of one kind or another. Food and wine festivals are obvious choices. Many years ago, when it was not yet world famous for its diverse food scene, Singapore started hosting the Gourmet Festival/Summit. Some of it was about local Singaporean cuisine, but most of it was about world top chefs.

Been there for about four years, talked with Ferran Adria about life after molecular gastronomy, discussed the global popularity of Thai food with David Thompson, enjoyed talking about the best way to eat bone marrow with Fergus Henderson, discovered the origin of the new Chinese cuisine of Susur Lee, one of its pioneers, and watched butcher Dario Cecchini demonstrate his art.

The Melbourne Food and Wine Festival, which I’ve only been to once, brought together all of Australia’s top chefs, as well as tastings of local produce and even weird competitions. One evening I went to a tasting of Australian and New Zealand Pinot Noir to decide which was the best. The largely Australian public had to admit that New Zealand made the best pinot noir.

My wife likes to joke that the literary festival is to this century what the fashion show was to the end of the 20th century. There was a time, you will remember, when people who were not interested in fashion would show up at fashion shows in the urban centers of India and consider each show as a social occasion. Some of it was due to just watching babies. But that was largely because fashion shows were the place to be seen.

I’m not sure she’s quite right when she says the same goes for literary festivals these days. But yes, there is definitely an element of location to be seen in events such as the Jaipur Lit Fest.

I don’t really mind. I would much rather people want to be seen at a literary event than at a movie night. I’ve been talking about Jaipur Lit Fest (JLF) for years and love the joyful energy that characterizes it. At this year’s festival, it was gratifying to see packed houses for discussions of poetry and fiction. More interesting, from my point of view, was the kind of reception received by someone like Shashi Tharoor, who talked about pluralism and tolerance. Audiences treated him like he was Shah Rukh Khan and then discussed what he said for days afterwards.

One of the things I appreciate about JLF is its egalitarian nature. For those of us who have written books, it offers us the opportunity to interact with (and often be insulted by) people of all backgrounds and ages, from enthusiastic college students to thoughtful retirees.

So I wondered how a JLF would work in the Maldives. The festival was held at Soneva Fushi which offered rates for those attending the JLF that were about a quarter of Soneva’s normal rates. Even so, it was a far more expensive festival to attend than anything JLF had done before.

As it was, it worked very well. A surprisingly large number of people showed up because they saw it as festival tourism; as a chance to vacation in one of the world’s most glamorous destinations with the added benefit of listening to and mingling with distinguished writers and thinkers. (Or, it could just be that it’s probably the cheapest way to get the full Soneva experience due to special JLF pricing.)

The idea of ​​a literary festival in a beautiful place is not new: there have already been festivals in places like Bhutan and Kasauli. And if you can do it like the JLF did in the Maldives with time to have fun between sessions, then it becomes a quirky and rewarding vacation.

A vacation in a charming place is always fun. But a holiday built around a festival is so special that the memory will stay with you.

The opinions expressed by the columnist are personal

Owners of a beloved seafood restaurant retire and sell their business