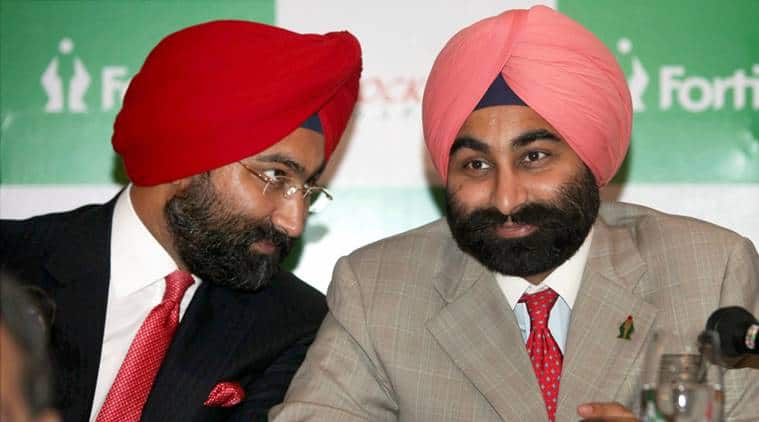 The Singh brothers had spinoffs with Sunil Godhwani, who was appointed by the brothers to lead their family office after the sale of Ranbaxy in addition to his role in Religare (of which he became CEO in 2001). Godhwani stepped down as REL’s chairman and CEO in July 2016 and resigned as a full-time director in September 2017. The two brothers later fought, blaming each other and Godhwani for fraud. Malvinder alleged that loans were made to Gurinder Singh Dhillon, the spiritual guru of Radha Soami Satsang Beas, to purchase real estate.

The shareholders of NCM, according to Appleby documents, are Malvinder Singh and Shivinder Singh, and their wives Japna Malvinder Singh and Aditi Shivinder Singh. Between June 23, 2009 and August 26, 2015, the Indian company or RCML subscribed for common shares and zero percent convertible debentures, totaling $ 367.64 million in share capital. The Singh brothers, however, have denied owning any stake in NCM Ltd. Limited was incorporated, ”said a spokesperson for the Singh brothers. Religare Capital Markets Ltd’s annual accounts for 2015-16 show that as of March 31, 2016, the Mauritius subsidiary had equity of $ 404.17 million. During the year, it recorded losses of $ 405.66 million.

Appleby undertook due diligence for Religare Mauritius when it sought to renew a $ 72.5 million stand-by letter of credit (SBLC) in September 2015. An SBLC is a guarantee issued by a bank on behalf of a client and invoked if the client does not honor a commitment to a third party. The company originally entered into an SBLC facility agreement with Axis Bank in September 2014, with personal guarantees from the Singh brothers.

Appleby’s internal correspondence suggests that RHC Financial Services (Mauritius) Ltd had entered into a similar transaction earlier. He was probably referring to $ 50 million borrowed from JP Morgan Chase in March 2011, with Conyers, Dill and Pearman acting as the latter’s special legal advisor in this transaction.

RHC Financial Services, according to documents from Conyers, Dill and Pearman, was incorporated in November 2010 in Mauritius and is wholly owned by RHC Holding Private Ltd. The final beneficiaries of RHC Holding are again the Singh brothers and their spouses, in accordance with the certificate of office issued by Mauritius International Trust Company, and available with Conyers.

RHC Holding had signed an agreement with Religare Enterprises Limited (REL), a company listed in India, and its subsidiary Religare Capital Markets Limited (RCML) on February 13, 2012, according to which “RHC entities infused preferential share capital up to of Rs 1,333.47 crore in RCML in various installments between 2011-12 and 2015-16. At the time of this tripartite agreement, RHC Holding was the “ultimate holding company” of REL.

On June 19 of last year, however, RHC sent a legal notice to REL and RCML stating that it was “shocked to discover” that RCML suffered huge losses worth Rs 731.84 crore. due to a “provisioning / write-off of an amount equal to the value of the investments made by RCML in Religare Capital Markets International (Mauritius) Limited.

The blame game had begun. In June 2018, the Singh brothers held REL and its management (otherwise known as Godhwani) responsible for the embezzlement. A few months later, Shivinder blamed Malvinder and Godhwani for the problems. Then in February of that year, Malvinder called up Shivinder, Godhwani, and Dhillon, and blamed them for the mess in the group.

“We would like to reiterate that the promoters neither own nor have nor had an interest in NCM Ltd. The information is therefore totally false and we categorically deny it. With reference to your mail below, please note that by virtue of the four persons appointed (promoters and family) as the ultimate controllers of Religare Enterprises Limited, Appleby’s appointed the promoters as this is the regulatory requirement in Jersey where NCM Limited was incorporated. I reiterate that the promoters were neither part of the board of directors nor of the management of Religare during the said period. Regarding Appleby, he was the administrator of the entity. As usual in offshore jurisdictions, a local company secretarial firm is appointed to ensure local compliance.

As previously reported, in August 2013, Religare Capital Markets International (Mauritius) Ltd. (RCMIM), the Mauritius subsidiary of RCM, has acquired 30% of the capital of NCM. This was done after obtaining all necessary regulatory approvals, including from the RBI and SEBI. NCM Limited was incorporated in Jersey in March 2012. In March 2015, RCMIM sold its entire stake in NCM. The promoters were neither on the board nor on the management of Religare during this period.

According to the Money Laundering (Jersey) Order 2008, a PEP is a person who is or has been in charge of important public functions in a foreign country. Thus, in accordance with their local regulatory standard, the Promoters and their spouses have been classified as PEPs due to their association with the company.

Trust that this clarifies the position. We thank you for your patience and once again urge you not to file such a story on the Promoters or the company, as this will be misinterpreted and thus damage the reputation of the Promoters and the brand.