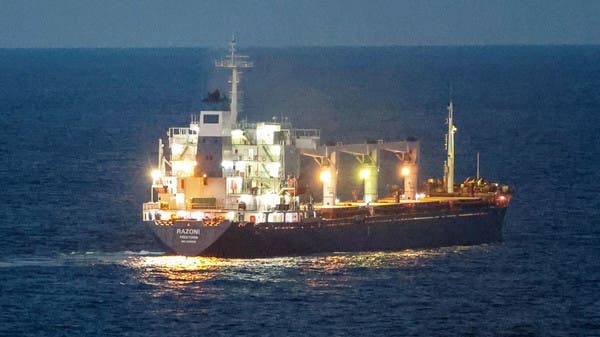 The UN coordinator for the Black Sea Grain Initiative said on Monday that civilian cargo ships can never be a military target or held hostage, and that “food must flow” under the agreement whose Russia withdrew this weekend.

For the latest headlines, follow our Google News channel online or through the app.

Meanwhile, on Monday, two cargo ships loaded with grain and other agricultural products left Ukrainian ports, according to a ship traffic website.

The ships, Admiral de Ribas and Mount Baker, left port days after Russia suspended its participation in a deal that allowed vital grain shipments to pass through the Black Sea.

Twelve ships were due to leave Ukrainian ports on Monday and four were due to head for the country, according to the Joint Coordination Center (JCC) which oversaw the deal brokered by Turkey and the UN.

Russia notified the UN and Turkey of its intention to suspend the deal indefinitely after Moscow accused Ukraine of a “massive” drone attack on its Black Sea Fleet in Crimea.

The July agreement to unblock grain exports signed between the warring nations of Russia and Ukraine is key to easing the global food crisis caused by the conflict.

The agreement, which established a safe corridor through which ships could travel to Istanbul for inspections, had already enabled the export of more than nine million tonnes of Ukrainian grain and was due to be renewed on November 19.