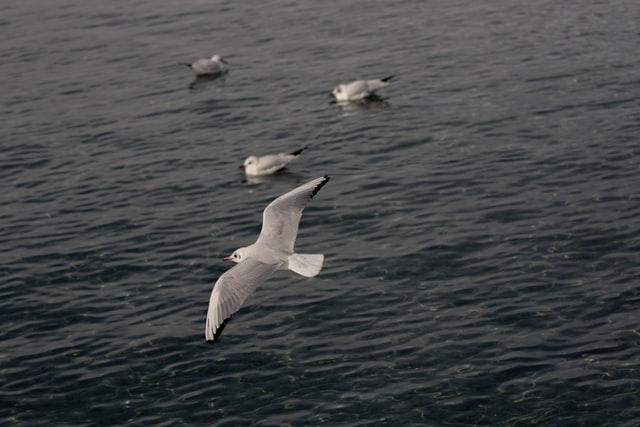 Researchers fitted Manx shearwater feathers with microscopic trackers on Little Saltee, a small island off the coast of Ireland.

The objective of the study was to understand the impact of underwater visibility on the ability of seabirds to hunt fish and other food.

It was published in Proceedings of the Royal Society B.

This is the first investigation into how water clarity affects the ability of seabirds to dive.

Waters are becoming murkier due to climate change


Marine life is facing problems due to anomalous changes in the chemical and physical characteristics of the world’s oceans, according to Jamie Darby, a marine ecologist at UCC’s MaREI Center and the School of Biological Sciences at environment and the Earth, quoted by ScienceDaily.

Our waters are becoming murkier in large areas due to climate change.

Over 5000 dives were logged using publicly available databases, and a variety of relevant weather and ocean conditions data were collected.

Darby and the research team examined the diving habits of black and white Manx shearwaters in relation to regional environmental conditions such as cloud cover and water clarity.

The results of the study implied that visibility is important for the birds’ ability to dive for food, as the birds went deeper when sunlight could penetrate deeper into the water.

This result is significant because it indicates that seabirds will have to overcome this difficulty when the land warms and the water becomes cloudier.

The results are consistent with the hypothesis that the birds needed enough sunlight to be able to graze deeply.

Other animals could benefit from the findings.

As human activities continue to make the waters murkier, many predators that rely on their eyesight may struggle to get food, according to Jamie Darby.

Read also : The world’s oceans could suffocate due to climate change

The ocean is warming due to climate change, altered ocean currents and the production of thermal expansion that raises sea levels, according to Natural History Museum.

The ocean is impacted by melting ice on land and at sea, which increases sea level rise and ocean salinity respectively.

These alterations all have an impact on marine life.

Coral bleaching, or the rapid death of significant portions of coral reefs, can result from warming ocean temperatures.

It can also force fish to migrate north in search of cooler waters.

Acidification can degrade the bones and outer shells of sea creatures. This includes coral exoskeletons, which is another contributing factor to the global danger to coral reefs.

Land ice, like glaciers and ice caps, melts and releases water into the ocean. Global sea levels are rising as a result, and lowlands and important coastal habitats like mangrove forests and wetlands may be flooded.

Although melting sea ice does not increase the volume of the ocean, it does add fresh water, which reduces the local salinity of the sea.

The ocean currents that carry heat and nutrients around the planet are driven by salinity and temperature.

These currents can be disrupted by melting sea ice and warming temperatures, possibly altering regional climates in addition to the species that depend on them.

© 2022 NatureWorldNews.com All rights reserved. Do not reproduce without permission.