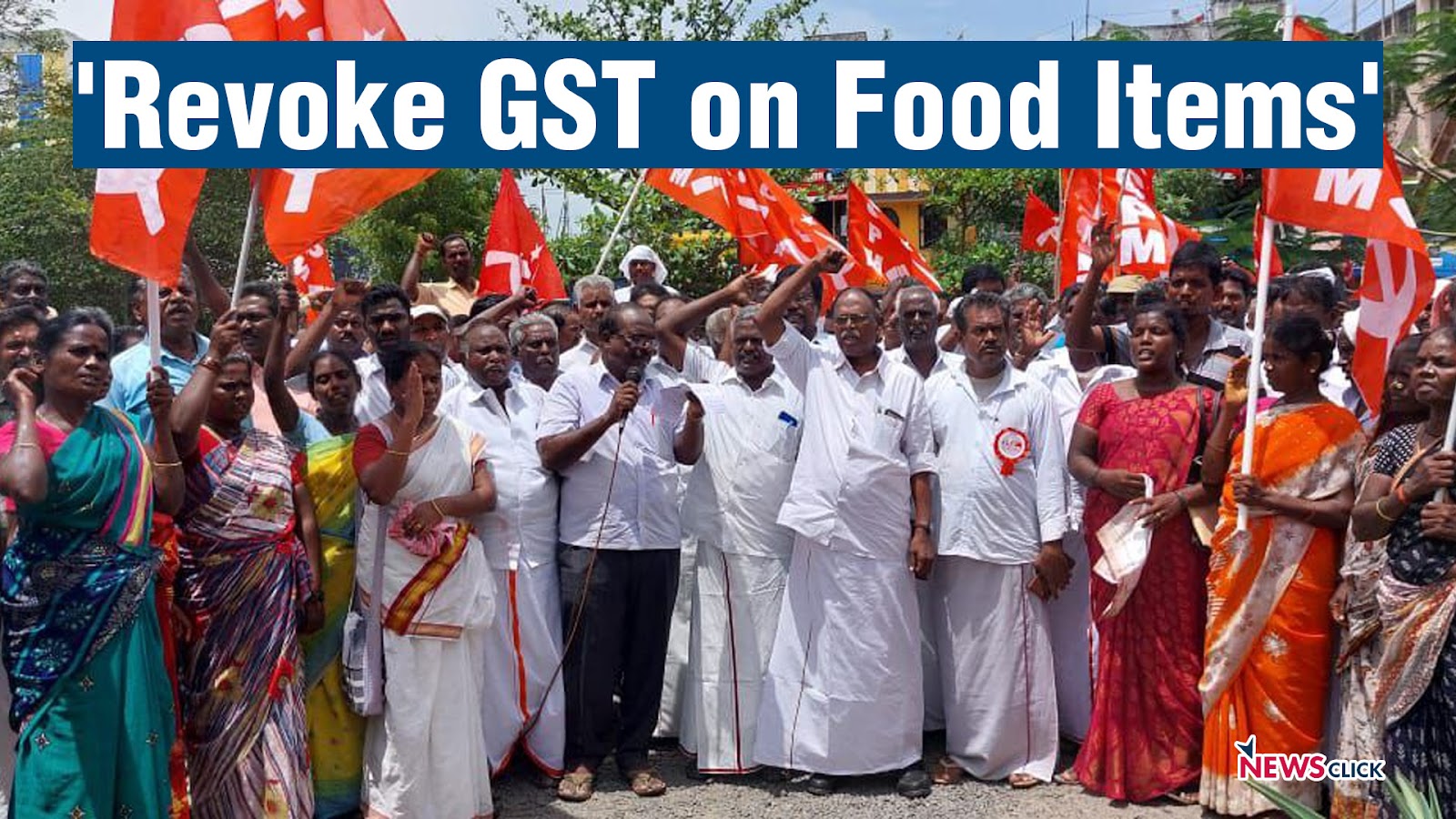 The Communist Party of India (Marxist) staged protests across the state on July 29 to demand the immediate removal of the Goods and Services Tax (GST) imposed at critical times.

Recently, a 5% GST was imposed on prepackaged and labeled food items like wheat flour, paneer and curd in addition to hospital rooms with a rent of over Rs 5,000.

In another firecracker unit example blastone person was killed and others injured near Sivakasi, Virudhunagar district on 28 July. Prime Minister (CM) MK Stalin excuse the death and announced financial assistance to the families of those killed and injured.

Two people have died at a private stone quarry in Kalpadi, Perambalur district, after earth and rocks collapsed and fell on them on July 29.

The state government Posted an order on July 28 to provide free breakfast to elementary school students starting in August. More than 1.14 lakh students from 1,545 primary schools will benefit from the CM breakfast program.

The biggest chess event in the world – the 44th International Chess Olympiad – was inaugurated at the Jawaharlal Nehru Stadium in Chennai on July 28. Read more

Newsclick brings you a roundup of major happenings in Tamil Nadu this week.

The CPI(M) staged protests across the state on July 29 against the recent imposition of the GST on groceries and demanded its immediate removal.

Protesters condemned the “unprecedented burden placed on people” by the GST hike on essentials such as prepackaged rice, wheat, milk.

The scientific community opposed the withdrawal of the exemption for scientific equipment. Read more

Up to five schoolchildren and college students committed suicide over the past two weeks.

The suicides follow the death of a class 12 girl on the premises of the Kallakurichi school on July 13, sparking violent protests. The Special Investigation Team is investigating the riot stopped five other people.

The girl’s funeral was broadcast live on many Tamil news channels for several hours. The High Court of Madras (HC) on July 29 appealed to print and electronic media to show a sense of responsibility while reporting news about children.

In a horrific incident, S Muthuketti, a 43-year-old truck driver from Thoothukudi, murdered her daughter Reshma (20) and her husband on July 25 for marrying against her will. He allegedly arranged the marriage of Reshma, a freshman, against her wishes. On June 29, she ran away with Manickaraja (28), a daily railway bet.

Upon their return to Thoothukudi, the couple, from the same community and related, were murdered. Last month, a newly married couple were murdered near Kumbakonam by the bride’s brother and a relative.

The government of Tamil Nadu has offers to construct a monument that features a giant enclosure in the Bay of Bengal off Marina Beach, Chennai, in honor of the late DMK leader and former CM M Karunanidhi’s contribution to Tamil literature.

The base of the enclosure would jut 42 meters above the sea and a 650 meter long truss bridge would connect it to the shore.

Activists and experts have interrogates the state’s decision to build the monument in the sea as this will have an impact on the marine ecosystem of the region. The proposed bridge will be among turtle nesting and fertile fish breeding area. Read more

Citing the compliment, the Democratic Advocates Association urged India’s Chief Justice to order the judge to resign. The association’s letter stated that the judiciary is an independent body that cannot support any party.

VETERINARIANS ASK FOR A HIKE

Nearly 350 students from Tamil Nadu Veterinary and Animal Sciences University (TANVAS) organized a demonstration on July 25 demanding an increase in the monthly allowance of Rs 10,500.