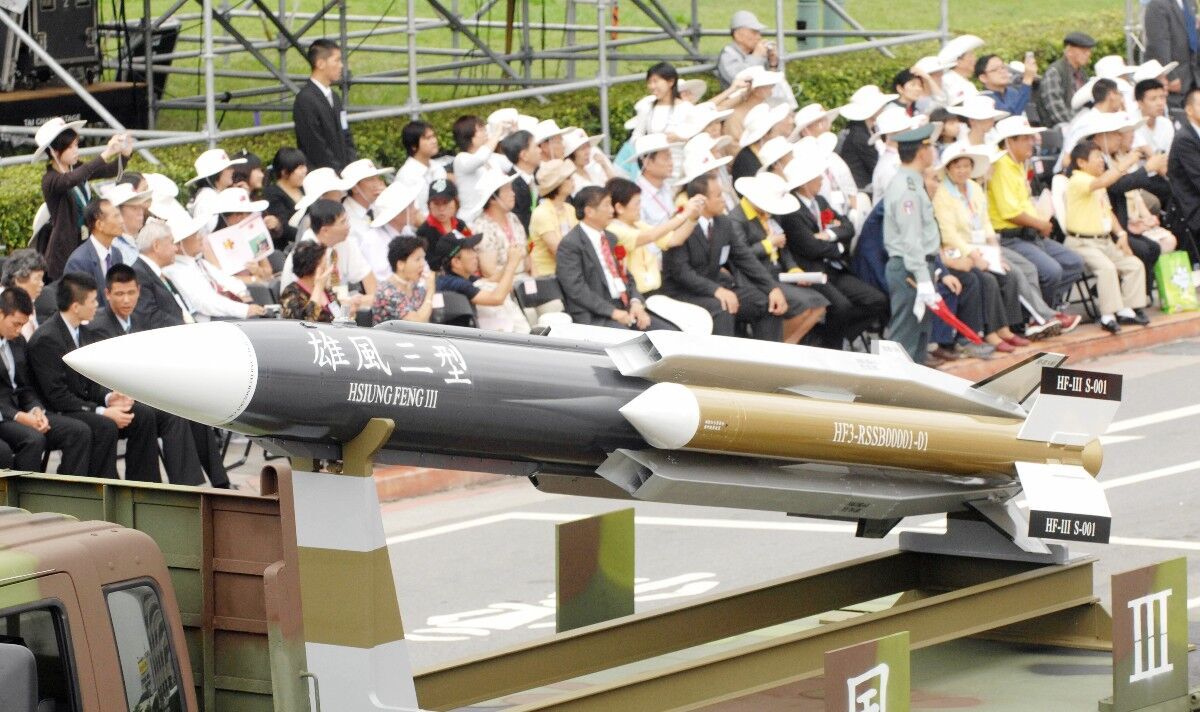 The news comes as tension remains high between Taiwan and China following the high-profile visit to the island by US House Speaker Nancy Pelosi. Before, during and after the visit, Beijing bolstered its diplomatic and military presence in the region, conducting a live-fire exercise in the Taiwan Strait and warning Washington of the consequences of the visit.

The latest twist in the story sees the Taiwanese missile official found dead on Saturday morning.

Yang served as deputy director of the National Chung-Shan Institute of Science and Technology, which belongs to the military and functions as a research and development department of the Defense Ministry.

Reports suggest there were no signs of any intrusion into the official’s hotel room, potentially ruling out any foul play in the process.

The man was responsible for missile production systems in Taiwan and was 57 at the time of his death.

Mr. Yang’s family said he had a history of heart problems and also had a heart stent.

The expert took up his post at the center earlier this year and has been instrumental in boosting production capacity to double the current number of 250 missiles per year, up to 500.

The drive to increase production comes amid fears that China is seeking to carry out an assault on the island to prevent Taiwan from becoming independent, breaking with the “One China” policy practiced by Beijing.

Local media said Yang was on a business trip at the time of his death, visiting the southern city of Pingtung.

Mr. Yang was found dead in his room when the house staff entered his room unanswered after repeatedly knocking on the door.

Police attended the scene after the body was found.

China has now scaled back its live drills in the Taiwan Strait area, however, the latest drill saw island saturation attack drills and bomber deterrent flights in the strait, a move experts say has formed a powerful deterrent for “Taiwan independence” secessionists and outside interference forces, greatly promoted the reunification process, and rehearsed a possible real operation.

The United States, although it does not officially recognize Taiwan as an independent nation, has sworn to protect Taiwan and has continued to provide military aid to the island.

Ms Pelosi also strengthened the bond, saying the ties between Taipei and Washington would remain “ironclad”.

Speaking about the final operations of the Chinese exercises, Fu Qianshao, a military aviation expert from mainland China, said: “The exercises from Thursday to Sunday demonstrated that the PLA can not only accurately hit long-range targets, but also push close and hard towards the targets.

“The PLA should continue to practice different tactics and combat elements, including amphibious landings.”

Experts in the United States say China is preparing to “strangle” Taiwan.

Carl Schuster, former director of operations for the Joint Intelligence Center at US Pacific Command in Hawaii, said: “The exercise demonstrated that blockade in conflict does not necessarily require a constant naval presence off the coast, but rather that shipping and air traffic can be deterred by air. and missile threats in support of a maritime blockade.

“The exercise…suggests that Beijing would first isolate Taiwan and resort to airstrikes and missiles in hopes of breaking Taipei’s political will.

“An expensive invasion is probably a last resort.”

A beluga stuck in the Seine refuses to eat