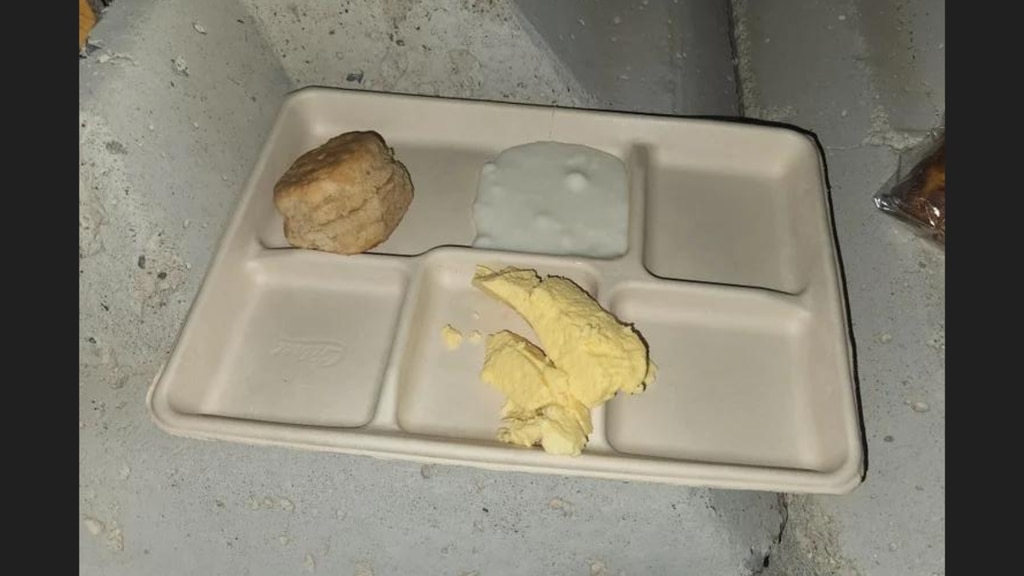 Times look tough for the US military if a photo of breakfast being served at one of the restaurants to a soldier from the 299th Brigade Support Battalion is any indication.

“Guess 299BSB is broke as hell, and we still went to NTC,” the user wrote. you/willsugmarwho shared a photo of a meager cookie, sad scrambled eggs and a pitiful puddle of gravy.

Many commentators have compared the meal to prison food.

“In prison or at DFAC?” requested user diopsideINcalcite. “Because CASM can get rough when you’re fighting for French toast. Guys get fucked regularly.

Some went so far as to joke about all the soldiers they had to slaughter to get a decent meal.

Complaints about food in Department of Defense facility mess halls are not new. And military officials aren’t tracking the effectiveness of their ability to feed the military, according to a Government Accountability Office report.

The Ministry of Defense takes money from soldiers’ pay to provide meals on site, three times a day. The quality of these meals, however, left a bad taste in the mouths of the soldiers.

“After many broken promises, the system is still largely the same, with evidence showing that service members on meal cards eat less than half of the meals they are entitled to and billed for” , Rep. Tim Ryan, D-Ohio, said in a statement to the Military Times.

As for the dismal breakfast, “convicts in federal prison eat better than this,” wrote user Florida_man727.

Observation Post is the Military Times’ one-stop-shop for everything off-duty. Stories may reflect the author’s observations.

Sarah Sicard is an editor at the Military Times. Previously, she served as Digital Editor of the Military Times and Editor-in-Chief of the Army Times. Other work can be found in National Defense Magazine, Task & Purpose and Defense News.