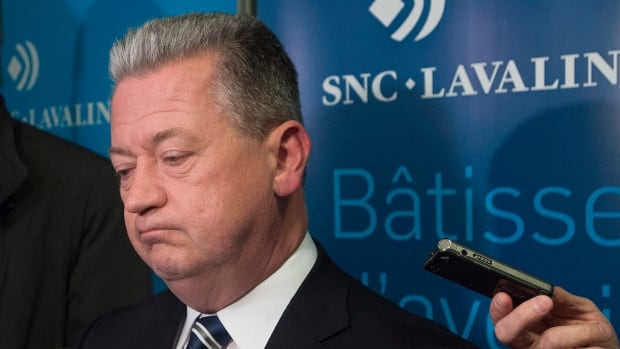 SNC-Lavalin paid a Caribbean-registered secret company to intercede on its behalf to secure hundreds of millions of dollars in business in Algeria, the Panama Papers show, according to a pattern similar to how the engineering giant operated in Libya, for which he faces bribery and fraud charges.

Montreal-based SNC has landed at least $ 4 billion in contracts in Algeria during a booming decade for the company in North Africa. The Panama Papers reveal that a number of these transactions were obtained through the services of an obscure company called Cadber Investments SA registered in the British Virgin Islands.

The revelations, resulting from a joint investigation by Radio-Canada, CBC’s French-language service and the Toronto Star, call into question SNC’s insider trading in another country, contributing to a growing body of evidence that some of the staff of Canada’s leading engineering firm have repeatedly engaged in suspicious business practices.

Cadber Investments was established in 1999 through Mossack Fonseca, the Panamanian law firm behind the massive Panama Papers data breach, and was administered by a branch of the Royal Bank of Canada in Switzerland, according to leaked documents.

However, the real owner of the business is a secret. All Cadber contracts and the correspondence with SNC is signed by the two “nominee” directors of the offshore company – people who have worked for Mossack Fonseca and served as a front for thousands of offshore companies to protect the real owners.

When Cadber Investments needed to formally communicate with SNC or authorize an official document, according to the Panama Papers, Swiss employees of RBC would email the letter or document to Mossack Fonseca, where the appointed directors, based in Panama, signed it and e-mailed it back to Switzerland.

The CBC / Star investigation found that one of these directors lived in more than modest digs in the countryside 30 kilometers from Panama City – despite being an official of an offshore company that was in able to receive a total of $ 22 million in payments from SNC-Lavalin over a four-year period.

However, the identity of the real owner of the offshore company may soon be revealed, as RBC indicated earlier this month that it would cooperate with a Canada Revenue Agency investigation into the Panama Papers and hand over its cases. on all of his clients named in the leak. .

Payments to Cadber Investments, to be transferred to an RBC branch in Geneva, result from six contracts with SNC from 2000 to 2004 for services as a representative and sales agent. The contracts covered hundreds of millions of infrastructure contracts SNC was seeking in Algeria, including a $ 750 million contract it was awarded to build a water treatment plant in Taksebt.

The contracts are part of the Panama Papers leak and were signed by combinations of three different former executives of the engineering giant’s SNC-Lavalin International unit.

The three men said in interviews that they had no idea who was behind Cadber Investments and that they had only checked and signed the contracts that SNC’s construction division had sent them.

“The division found the sales agents and we trusted them. We had no choice, ”said Kamal Francis, former senior vice-president of SNC-Lavalin International, in an interview.

Asked at a press conference following his company’s annual general meeting earlier this month, SNC CEO Neil Bruce admitted that it was not customary to enter into such contracts. when the signing counterparty is a leading administrator. He added that SNC has spent a lot of time and energy cleaning up its old contracting practices and it no longer does business that way.

The company stopped using sales agents in Algeria in 2013.

The deals with Cadber Investments reflect similar arrangements SNC has made in Libya, where it has raised billions of dollars in revenue over many years, building dams, an airport, a prison and other major works.

There, he also dealt with mysterious commercial agents based in the British Virgin Islands. A Swiss investigation then determined that the commercial agents were in fact a pretext for former SNC-Lavalin executive vice president Riadh Ben Aïssa to pay bribes to Saadi Gaddafi, son of the late Libyan dictator Muammar. Gaddafi.

Ben Aïssa pleaded guilty to corruption, money laundering and fraud in Switzerland in 2014. After spending 29 months in prison there, he was extradited to Canada, where he faces further charges related to a planned superhospital in Montreal.

SNC itself and its international and construction subsidiaries each face one bribery charge and one count of fraud in Canada related to corporate activities in Libya between 2001 and 2011.

The company has pleaded not guilty and says the allegations against it are without merit.