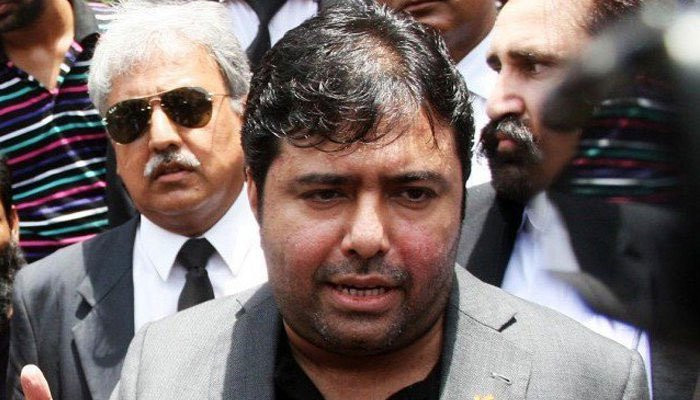 ISLAMABAD: Secret documents have detailed how an offshore company, behind the operation to issue fake diplomas, dealt with the suspicions raised by the banks when it did not provide them with the contact details of the owners.

Registered on February 1, 2010 in the British Virgin Islands, Outreach Global is owned by Axact FZ LLC and Shoaib Ahmed Sheikh is the sole owner of Axact.

At one point, Outreach Global’s service provider declined to represent it further in the British Virgin Islands.

Outreach Global was discovered thanks to Pandora Papers. The International Consortium of Investigative Journalists (ICIJ) collaborated in the investigation. The company had two directors, Viqas Atiq of Axact and Imran Khan of an accounting firm based in Dubai and composed of Pakistani partners.

Records show the company faced credibility issues overseas long before its parent company, Axact, was exposed by The New York Times in 2015. Shortly after its incorporation, Outreach Global opened an account with First Caribbean Bank in BVI and it was closed in September 2011.

Viqas Atiq pleaded for the bank to reconsider its decision. He appointed two US-based e-commerce and payment processing companies (2checkout Inc. and Digital River Inc.) as business partners to highlight that Outreach Global receives the majority of payments into the bank account of these two organizations. , which enjoy a good reputation.

In just one month, Viqas mentioned in an email to Caribbean Bank, $ 615,000 was received into the account through these two ecommerce companies.

“It is not possible for any organization to work with these companies without having a very high customer satisfaction”, he maintained and asked that “at least the bank considers to postpone its decision of two months”.

The bank did, however, let Outreach Global’s service provider Trident Trust know that there was no documentation the client could have provided to maintain the account.

“You should understand that our accounts are subject to continuous monitoring and that the KYC / due diligence of any account relationship is an ongoing process and not limited to the account opening stage. We are not required to give specific reasons when we end relationships, nor do we re-open accounts that we ask the client to close. To that end, there was no document that the customer could have provided to maintain the account, ”the bank replied in an email to the service provider when it insisted on reconsidering the decision on behalf of Global Outreach.

Outreach Global then attempted to open an account with Liechtenstein-based VP Bank for its “e-commerce operations”. Businesses with sales of $ 100,000 per month and payment to different vendors were among the details of planned activities mentioned when applying to open an account in VP Bank.

However, the bank, after reviewing the documents and considering the nature of the transactions, refused to do so.

“We are unable to help due to the specific profile of the company and the expected high frequency of transactions involved. Our banking services are limited to BVI holding companies for legal persons or private investments,” he said. said VP Bank.

Outreach Global then attempted to strike a deal with the Royal Bank of Scotland, but was unsuccessful. Finally, she was able to open an account with Standard Chartered Bank in Dubai.

Another document found that a review of its transactions raised red flags at the New York branch of Standard Chartered in 2015, which generated a suspicious activity report and recommended further investigation to the Federal Bureau. of Investigation, Financial Crime Wing, as negative media was identified regarding Axact, the owner of SCB Dubai client, Outreach Global.

The document further suggests that Outreach Global’s account was used as “a vehicle for both sending and receiving payments associated with potentially illegal and / or potentially fraudulent business activities”.

This was when the second SAR was issued and the bank’s branch in Dubai also terminated the Outreach Global account.

In the meantime, Axact was facing litigation in the United States. Trident Trust has written to Outreach Global regarding a lawsuit filed against it in Delaware Superior Court and for New Castle County.

Tullow Inc. and Appostrophic LLC, two other companies related to Axact, were also named a party in the matter other than Outreach Global. Hasan Khushaim, a Saudi citizen, was the complainant. He wanted to develop mobile applications in Arabic for two card games, the Trix and the Belote. The former is commonly played in the Middle East and the latter in France and the Middle East.

He found a website related to the aforementioned companies that offered to develop mobile apps and they entered into a project contract.

He made a payment of around $ 40,000 but never received the final version of the mobile apps. Previously they kept promising and later cut off all communications. He even ended up losing his copyrighted software design. Failure to develop mobile applications resulted in Hasan losing his subscription to these two games, which would have totaled $ 27,000,000.

While this litigation was ongoing, Outreach Global was removed from the BVI Companies Register for non-payment of its 2015 government fee. In 2017, Viqas filed the fees and had them renewed in October 2017 and requested a certificate of office, which Trident delayed until information about the company’s beneficial owner was shared.

Trident had requested this information since 2013 and it was not provided.

In November 2017, service provider Trident Trust refused to offer its services to Outreach Global. No reason was mentioned. “Please see attached our letter of approval to resign from the registered agent of the above entity. 90 days notice is provided, ”the email read.

As Viqas protested, Trident listed the reasons for his decision to resign.

“We sincerely regret that you are not satisfied to provide the requested information before your request is processed as well as for the updating of our files in accordance with legislative requirements. If the information allowing the identification of the beneficial owner of the company are not received, we are mandated to terminate our services as a company registrant. The same information was requested in May 2013 through our referral office in Dubai. We have not received a response from our registered customer, ”he wrote to Outreach Global in his email ([email protected]).

The news contacted Shoaib Sheikh before the release of The Pandora Papers to ask for an email address for sending questions. He blocked this correspondent on WhatsApp. Once the documents were released and his name surfaced in connection with the company, he declared the information “baseless” and complained that he had not been approached for his version.

He was contacted again through a key person in his media operation, Amir Zia, who said there was no point in asking questions after the initial information was released. However, questions were sent to him which received no response other than the allegation that The news made a concerted effort to damage Shoaib Sheikh’s reputation.

Others close to him said the allegations were the result of a conspiracy of a mixture of elements including Indian forces, international competition and competition from local media, who do not want Axact to be competitive. in the local market.