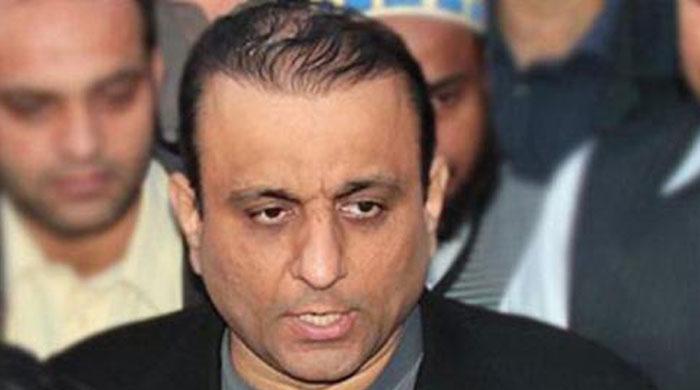 ISLAMABAD: Pakistani Tehreek-e-Insaf leader Aleem Khan underestimated the assets held by his offshore company named in the Panama Papers by declaring a property worth 430 million rupees at just 2.9 million of rupees.

Khan had previously accepted that he owned four apartments in a posh town of London.

A third-party report states that the total value of his offshore company is over Rs 430 million.

The company also owns 562 Park West, Edgware Road, London W2 2RA which was purchased for Rs 45.3 million on October 11, 2007 and is currently valued at Rs 73.1 million. Another property owned by the company is Apartment No142 Marble Arch Apartments, 11 Harrowby Street, London W1H 5PQ which was purchased by Aleem Khan on September 11, 2007 for 44.1 million rupees and the current price is 106.5 million rupees.

The news adds: Speaking to The News, Aleem Khan admits that the value of his four apartments is well over the 2.9 million rupees mentioned in his FBR papers, but he justifies the underestimation of his assets by claiming that he doesn’t stated that the initial capital of the company in its papers.

However, tax experts believe that by law, a Pakistani resident is required to declare all of their assets worldwide on their declaration of assets. “It is obviously impossible to buy or even mortgage four apartments in London with a 2.9 million rupee company. The person in question would certainly have paid the initial cost of the mortgage from their other sources or borrowed from someone else. It is his responsibility to disclose the source and make it public to establish his good faith, ”said Dr Ikram-ul-Haq, a renowned tax expert and Supreme Court lawyer.

“He should also have mentioned the debts against said property as it is true that these are mortgage properties and in the mortgage his own 25% equity should have been reflected in his assets,” said the Dr Ikram.

Aleem Khan said he declared his initial paid-up capital of Rs 2.9 million in his papers as he was not required to update the current value of the company in his papers. “Yes, each apartment could cost up to £ 500,000 and the total value of the four apartments could reach £ 2million (Rs 301million) but we have to keep in mind that this is a mortgage property and that I had only deposited 25% of the price with the bank as an upfront payment, ”he said. “Even though I have a capital of several billion, I will not show everything when buying a business as initial paid-up capital,” he argued.

However, even the 25% is over 75 million rupees, contrary to Aleem Khan’s statement of 2.9 million rupees. customers made payments abroad. He said the real value of his assets abroad will only be determined when he tries to sell them or borrow a loan against it.

On another question about his failure to report his ABN-Amro bank account in his statement of assets in Pakistan, Aleem Khan said that the same bank had merged and renamed Faisal Bank, which is duly mentioned in its assets.

Aleem said he should be appreciated for declaring his company offshore. “Of our 1,000 parliamentarians, about 800 have offshore properties, but 90% of them never declare the same thing in their declarations of assets,” he said.

However, tax experts are wondering about the sources of its additional funding and how to transfer money from Pakistan. “If he got money from overseas Pakistanis in the UK, the question is, did he declare that money in the UK?” Asks Dr Ikram.

According to Panama Papers, Aleem Khan is the sole owner of an offshore company Hexam Investment Overseas Limited which has so far purchased eight properties in London. He declared ownership of the offshore company in his declaration of assets submitted to the Federal Board of Revenue and in nomination papers filed to contest the NA-122 byelections.

In his tax returns shared with The News, Aleem described the value of his stake in this offshore company at just Rs 2.93million. He insists that his wife is also a shareholder.

#PanamaPapers: Documents thwart TB Joshua’s denial of having his own offshore company in a tax haven