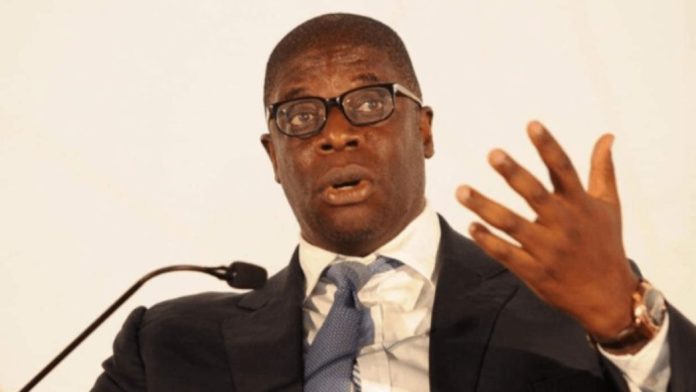 Police on Wednesday, October 19, indicted the General Manager (CEO) of the Golden Tulip Hotel, Amaechi Ndili, and his wife, Njide, for fraud of $4.7 million.

The couple, alongside their company, Lionstone Offshore Services, were arraigned in a Special Offenses Court in Ikeja, Lagos State on three counts before Judge Olubunmi Abike-Fadipe.

The police, in the indictment, alleged that the defendants exploited the Local Content Act, by denying their overseas partner, Hercules Offshore Nigeria Limited, the funds owed to it.

Police also claimed that Lionstone had been engaged by Hercules as a local partner and to receive payments on its behalf, under contracts it performed for Addax Petroleum Development Nigeria Limited.

Counsel for the prosecution further alleged that the $4.7 million was part of the payments the accused received in the name of Hercules, but which they did not return to Hercules by their agreement, but, instead, would have converted the money for their personal use.

They were, on count 1, charged with conspiring “to commit a crime of the mind.” theft by conversion of the sum of $4.7 billion belonging to Hercules Offshore Nigeria Limited contrary to Section 516 of the Penal Code, Cap C38 Laws of the Federation of Nigeria 2004.”

Count 2 reads: “The defendants were charged, Count 2, with stealing” by dishonestly converting to your use the sum of $4.7 million that you received from Addax Petroleum Development Nigeria Limited on behalf of Hercules Offshore Nigeria Ltd, and therefore has committed an offense contrary to Section 387 and punishable under Section 390 of the Penal Code, Cap C38 Laws of the Federation of Nigeria 2004.”

The couple, in Count Three, were accused of dishonestly converting the $4.7 million they “received from Addax Petroleum Development Nigeria Ltd on behalf of Hercules Offshore Nigeria Ltd, because of the contract you and your company, Lionstone Offshore Limited, entered into with Addax Petroleum Development Nigeria Ltd, which was performed by Hercules Offshore Nigeria Ltd, but you failed to remit the money to Hercules, a breach of Section 388 and punishable under Section 390 of the Penal Code, Cap C38 Laws of the Federation of Nigeria 2004.

The defendants, however, pleaded not guilty to the charge.

While the judge ordered the husband to continue with the bail conditions granted to him by the former trial judge, she granted the wife bail in the amount of N20 million with bail of a similar amount.

In the meantime, the judge has set January 30, 2023 for the opening of the trial and the hearing of a motion filed by the defendants, challenging the court’s jurisdiction to hear the charge.