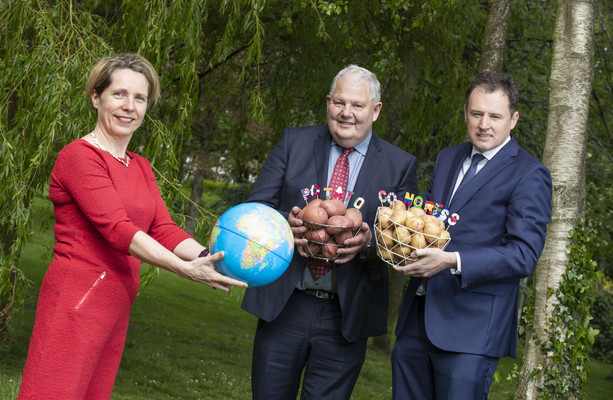 Speaking at the opening of the World Potato Congress at the RDS today, McConalogue said a careful balance had to be struck between keeping Irish produce affordable and climate-friendly while paying farmers fairly.

“I think for food production systems to be sustainable, it’s important that there is respect at every level of the supply chain, especially for the farmers, the primary producers. Regularly, it is the producer who is in a hurry when there are challenges.

“Obviously there are global markets and they determine prices, but I think it will be more difficult in the years to come to grow food and to do it in a sustainable way. The world’s population is growing and the demand for food is increasing, but the challenges of producing it have increased. Especially when it comes to the countries most vulnerable to climate change.

The Minister added that he will soon publish a bill establishing an Office for fairness and transparency in the agri-food sector “and for there to be a fair boost” for farmers.

The World Potato Congress will feature over 60 speakers and is expected to welcome up to a thousand delegates from over 60 countries.

EU Agriculture Commissioner Janusz Wojciechowski also spoke today, acknowledging that food security is now a bigger issue for Europe than it has been for centuries.

He linked the grain blockade crisis in Ukraine to the Great Famine in Ireland, saying: “177 years ago a shortage of potatoes was the cause of a national tragedy here. We now have a new situation because of the unprovoked Russian aggression against Ukraine.

“We need to reconsider our approach to food security and revise our strategies. The potato is one of the possible solutions because of its sustainability.

Last week, the Ministry of Agriculture announced an investment of €3 million to support the seed potato sector in recognition of the challenges facing the sector.

Seed potatoes are planted specifically to produce more potatoes, and since Brexit their import from the UK to the EU has been banned.

Ireland is currently the only Member State that holds a high health status under EU law for the cultivation of seed potatoes, which McConalogue says will be to Ireland’s advantage as the investment is used to improve the sector.

“We need to put the infrastructure in place in terms of storage and machinery and marketing. We need to get the industry to work together. It’s a big investment to start with and it’s something I think the government will support for years to come.

Food, fuel and inflation crises all stem from globalist policies