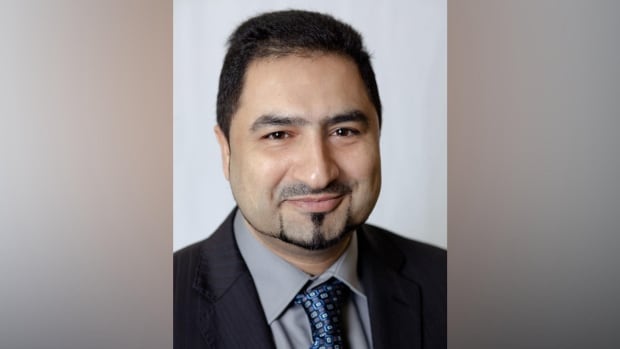 This story is part of a collaboration between CBC News and the Washington-based International Consortium of Investigative Journalists, which examines the Pandora Papers, a leak of 11.9 million files from 14 companies that provide offshore services, including emails, bank statements, incorporation documents and shareholder records.

As US and Canadian authorities stepped up their investigations into Montreal-based money transfer mogul Firoz Patel in April 2017, he boarded a flight to the United Arab Emirates.

A stamp on Patel’s passport shows that he entered the United Arab Emirates on April 8, 2017.

Ten days later, he became the sole shareholder of Argus Ltd., a secret offshore company he set up with an office in a building owned by a prominent member of the UAE royal family.

The trail of Patel’s offshore account is revealed in leaked documents obtained by the International Consortium of Investigative Journalists (ICIJ) as part of the Pandora Papers global investigation and shared exclusively with its Canadian partners, CBC and The Toronto Star.

The Pandora Papers are the greatest journalistic collaboration in history. More than 600 journalists in 117 countries and territories have worked together to research and analyze millions of documents leaked in tax havens.

Publicly available US court records show that Patel and his younger brother Ferhan ran Payza and several other unlicensed online money transfer services that processed more than US $ 250 million in illicit transactions that facilitated criminal activity , including the distribution of child pornography, Ponzi schemes, gambling and drugs. from 2004 until their indictment in 2018.

A massive new leak of documents dubbed “The Pandora Papers” sheds light on how the rich and famous hide their money and how a world of offshore tax havens is still flourishing. The documents were obtained by the International Consortium of Investigative Journalists, which includes the CBC. Among the Canadians named in the documents are figure skater Elvis Stojko and racing driver Jacques Villeneuve. 2:33

The pair pleaded guilty in Washington, DC, in July 2020, after agreeing to a negotiated plea deal in which they admitted a conspiracy to launder money.

Firoz Patel is facing an $ 18.4 million tax bill in Quebec that he has not yet paid and that he is contesting.

“I am on [investigators] would have liked to know during the time of their investigation on this subject [Argus] account and what was in it, how it was used, who put it in place, why it’s there and so on, ”Coleman told CBC News in an interview.

Documents leaked to the ICIJ do not reveal how Patel used Argus or if he funneled money into it.

The US Department of Justice declined to answer questions from the ICIJ as to whether Patel disclosed the existence of Argus Ltd. prior to his plea deal or if he subsequently requested financial information from UAE authorities about the offshore company.

Coleman said U.S. investigators will likely want to determine whether Patel’s UAE company is linked to its earlier lawsuits, whether it served a separate fraud, or whether it was simply a defunct shell company.

“Every investigator wants to have as much information as possible and track as much dollars as possible,” he said.

Coleman said the Patel case “is your stereotypical case of excessive money laundering.”

But he said it shows that the Panama Papers, a previous ICIJ project that exposed billions of dollars hidden in offshore accounts, have yet to push governments to impose regulations on money transfers. and the banking industries that facilitate tax evasion and crime around the world. .

“I think it’s a wake-up call to a lot of people around the world that this industry is still being used the same way.”

New financial documents leak from offshore tax havens reveals how many rich and powerful take advantage of financial magic or opaque corporate structures to protect their assets, evade their tax obligations or hide their wealth entirely. 5:46

An ICIJ report revealed that SFM was founded in Switzerland in 2006. It now operates in more than two dozen countries, including Canada, Bahamas, Hong Kong, United States, Netherlands, Panama and the United Kingdom.

On its website in 2010, SFM said it served clients “looking to minimize taxes, protect assets and limit liabilities.”

The company provides shareholders and appointed directors. These are people who are paid to register on public forms but who have no real responsibility towards the company they represent except on paper.

160 companies registered at the same address

SFM guarantees that its designated shareholders “work with the highest level of integrity and confidentiality”.

The ICIJ discovered that SFM had registered 160 companies at the same address in the United Arab Emirates as Patel’s Argus Ltd.

Coleman said mass registration of shell companies is both common and legal, and companies like SFM often do little or no due diligence on clients like Patel.

“I guess you’re not going to find much [offshore registry service providers] who dig very deep to find out who they’re setting up accounts and companies for, ”he said.

The documents leaked to the ICIJ, however, include a background check that shows SFM learned on May 16, 2018, that Patel had been charged in the United States. Eight days later, SFM severed its relationship with Argus and Patel.

In an emailed statement to the ICIJ, an attorney for SFM said he could not confirm any business relationship due to contractual confidentiality. He stressed that all of his activities are legal and insisted that he exercises due diligence before hiring a client.

Patel has no intention of laundering money

Quebec court documents obtained by the Toronto Star show that a judge ruled in 2017 that Patel had “systematically neglected” to report his actual income. It was the same year that Patel flew to the United Arab Emirates to set up his offshore company.

“The sums at stake are so considerable that these omissions can only be part of a planned process with a single objective, namely to attempt to escape the tax obligations imposed by the law”, wrote the judge of the Court of Quebec Gilles Lareau.

Quebec tax authorities said the armored vans carried $ 45 million in cash for Payza between 2012 and 2018. Millions of dollars were also transferred from Payza to the Patels’ personal bank accounts in the United States and Canada. .

In response to written questions from The Star, Patel from prison said that Argus was legitimately created to do business in Asia and had nothing to do with Payza. He said it had never been used and did not have an associated bank account.

Patel also said the charges he and his brother pleaded guilty to in the United States would not be considered money laundering in Canada.

“There must be an intention to launder money, and there was no intention to launch a [money transfer] company without the required licenses, therefore the basis for the money laundering allegation is false, ”Patel said in an emailed statement.

During the hearing, the Patels called their financial empowerment of criminals mistakes and suggested they were unwitting pawns in criminal enterprises.

“When you play with fire you end up getting burned and that’s where we are now,” the judge said.

“This court does not believe that any of you, frankly, had a reasonable defense of your knowledge or your guilt regarding the seriousness of these offenses.”

Brown Jackson told the Patels that illegal businesses “can only function if they have the capacity to raise money, and that is your role.”

“You have helped schemers”

She wonders if they’ve ever thought about the drug addicts created by their money laundering or the elderly who lost their savings and should forfeit their retirement “because you helped schemers who intended to defraud them.” .

Revenu Quebec, meanwhile, told The Star it could neither confirm nor deny that it was investigating Argus. But he said he had not initiated any legal proceedings to seize the assets of a company bearing that name.

However, he filed a lien of $ 2 million against the Montreal house of Firoz Patel.

Patel has filed a lawsuit in England against the crypto company Blockchain.com, claiming that the London-based company holds US $ 20 million of its bitcoin, which it refuses to transfer to him.

In a statement to the Star, Patel’s London attorney, Leo Nabarro, said he “will continue to protect and rigorously pursue the recovery of our client’s assets.”

Blockchain.com did not respond to a request from CBC News.