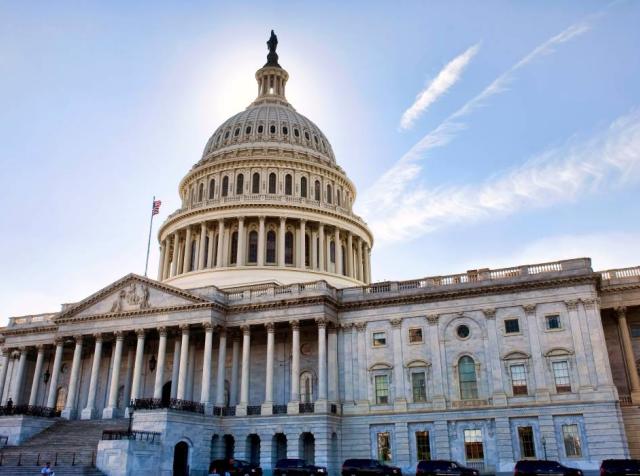 Message from an independent restaurant to Congress: Keep your promise

Since 2012, I have been an advocate for the restaurant industry, and our restaurant was part of a Senate restaurant hearing at the time in 2012.

In May 2021, I started advocating for the Restaurant Revitalization Fund; our restaurant, Reverie Kitchen, was voted Best American Restaurant and Best French Restaurant ahead of Le Petit Café and Union League at the end of 2019 after 3 years in the kitchen. I don’t have a fancy title. I arrived in the restaurant business later in my career to work with my brother Paul, a former apprentice of Jacques Pépin. I’ve worked in law firms that put me through Harvard. I worked in aerospace and managed components of the B-2 and space shuttle programs. What I learned along the way was the importance of work ethic, the value of my word and the importance of my team in achieving our goals. On my desk sits the wisdom I’ve learned: “Quality is always the result of total focus, passionate effort, intelligent direction, and skillful execution.”

I stepped up to defend my restaurants and for the independent restaurant industry in May 2021 when I saw the tragic situation unfold where Congress failed to adequately fund the Restaurant Revitalization Fund. Let me be clear. Congress passed the American bailout and helped everyone under the sun, but Congress underfunded restaurants across America and on top of all that, repeatedly told all Americans that it was not safe to dine in restaurants. The industry suffered losses of $240 billion in 2020 alone and $146 billion in 2021. More than 110,000 restaurants have closed, and a few busy months don’t make up for losses of this magnitude.

In August 2021, Senator Cardin attempted to obtain unanimous consent for S.2675 in the Senate to approve RRF replenishment for restaurants that remain unfunded. Sen. Rand Paul blocked that effort in the Senate, saying the reason restaurants are in the situation they are in is because Democratic governors shut them down. No one in the entire Senate stood up to correct Rand Paul, no one. There is no evidence that the devastating financial impact suffered by restaurants was caused by Democratic governors; in fact, the two “most open” states top the RRF grant list: Texas and Florida.

Update: The SBA confirmed to the National Restaurant Association on Wednesday that it is working with the Department of Justice to distribute $180 million in Restaurant Revitalization Fund (RRF) awards. “At this time, it is unclear when – or how – the money will be awarded. We have offered the SBA a platform to provide an update to the industry on the distribution of these funds,” said a spokesperson for the Association in an email. “We continue to work to generate interest from the 177,000 foodservice operators who are waiting to learn that they will receive an RRF grant from this money.”

Everyone is entitled to their own opinion but not their own facts, and restaurants were in this situation because the government closed our businesses, period. It’s not like other industries that have provided assistance in the past, such as airlines, the automotive, banking, insurance and mortgage sectors, or even the Recently refloated CHIPS. Each of these industries was responsible for its own demise; they made decisions that created the hardships they suffered by going into over-indebtedness, investing badly, going abroad, and so on. Not the restaurants. The government shut down our businesses.

Persevering as I always do, I continued to advocate for RRF Replenishment. I had over 40 meetings in the offices of the Senate. The prevailing excuse for not supporting the legislation was its impact on inflation, another outright lie, as RRF replenishment saves the main street restaurants that have supported our communities for decades, and restaurants contribute annually to over $900 billion to the US economy, with annual sales. growing by more than $36 billion each year. Restaurants employ more than 12 million people. One in 10 Americans work in the restaurant industry and 10% of all salaried jobs in America are in restaurants. I have also contacted leading economists about the impact of the legislation on the economy and the response, time and time again, has been that this legislation allows restaurants to survive and thrive, to recover from their closure by the government and helps affiliated small businesses in retail, banking, trucking, airlines, farmers, etc., because why? Because small businesses are integrally linked to the success of other small businesses. No fuss.

Since May of last year, Democratic leaders have informed us that we need 10 Republicans to pass the RRF reenactment, and we have all continued to plead. Independent restaurants operate on low margins; most independents are single-unit family restaurants. We don’t have a lot of money or fanciful lobbyists to buy our way, and we’ve looked to our representatives in Washington to do what we’ve been promised under the US bailout and help the restaurants hit so hard by the prolonged closure during the pandemic.

During my last visit to Washington, I met with OMB on this issue and discussed the remaining elements of the COVID Relief Line that could fund this RRF legislation; The elements of the Covid Relief line have also been confirmed by the Committee for a responsible budget. At that time, I also offered an RRF disaster loan with forgiveness after 24 months, which would significantly minimize the impact on the economy and provide the “guardrails” to ensure that aid be distributed fairly.

The bottom line is that the RRF legislation is fundable by using existing Covid relief funding, by implementing program or policy changes or by implementing the smallest fiscal policy slack, or a combination of these initiatives. It’s not about votes, it’s about ethics, your word and your ability to work as a team to put in place a program that saves the restaurants that, officially, you have already promised to help, where you and all Americans spend their moments of life. It’s the time of your life, and every independent restaurant across America is watching and urging you to do the right thing by adding RRF Replenishment to Reconciliation, fully offset by Covid Relief funding, by other policy/program funding or tax policy money. You have this opportunity to pass this in the Reconciliation, do not waste it. Our restaurants, our homes, our employees and the livelihoods of our entire family are at stake.

You have this opportunity, keep your promise to independent restaurateurs. A promise is a promise.