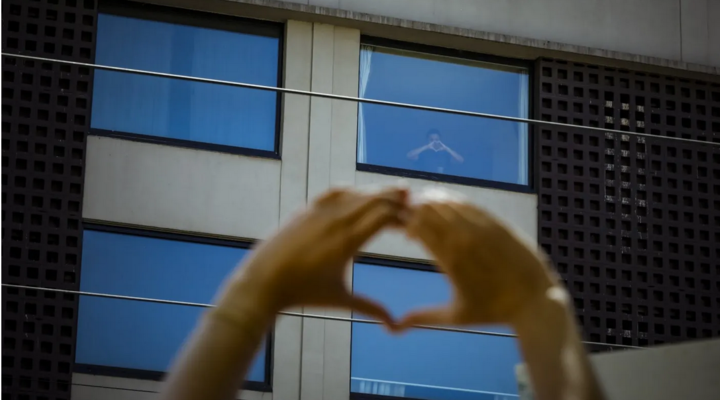 Half of the refugees held in a Melbourne hotel now have Covid-19 and a lawyer says Australian officials are to blame.

A protester outside the Park Hotel in Carlton earlier this year.
Photo: Chris Hopkins

The refugees came from the Australian offshore detention camps of Manus (Papua New Guinea) and Nauru, and were brought to the mainland for treatment.

They are being held at the Park Hotel in Carlton, where 22 of them now have Covid-19, including one hospitalized.

Ian Rintoul of the Refugee Action Coalition claimed that the proper protocols for separating infected from uninfected people had been ignored by Australian authorities.

He said the Australian government has established a covid incubator at the Park Hotel.

“It was the circumstances of the detention that caused them to be exposed to covid, in the same way that they were exposed to terrible mistreatment in Manus and Nauru, and it is time for this treatment to end.

“The covid crisis at the Park Hotel is just the latest demonstration of the mistreatment of people who should have been given safety and protection from 2013.”

But the majority of refugees and asylum seekers held by Australia in detention centers, hotels and other temporary facilities, had not been fully immunized.

“Alive with food stories”: Lori McCarthy and Marsha Tulk on the tastes and traditions of Newfoundland