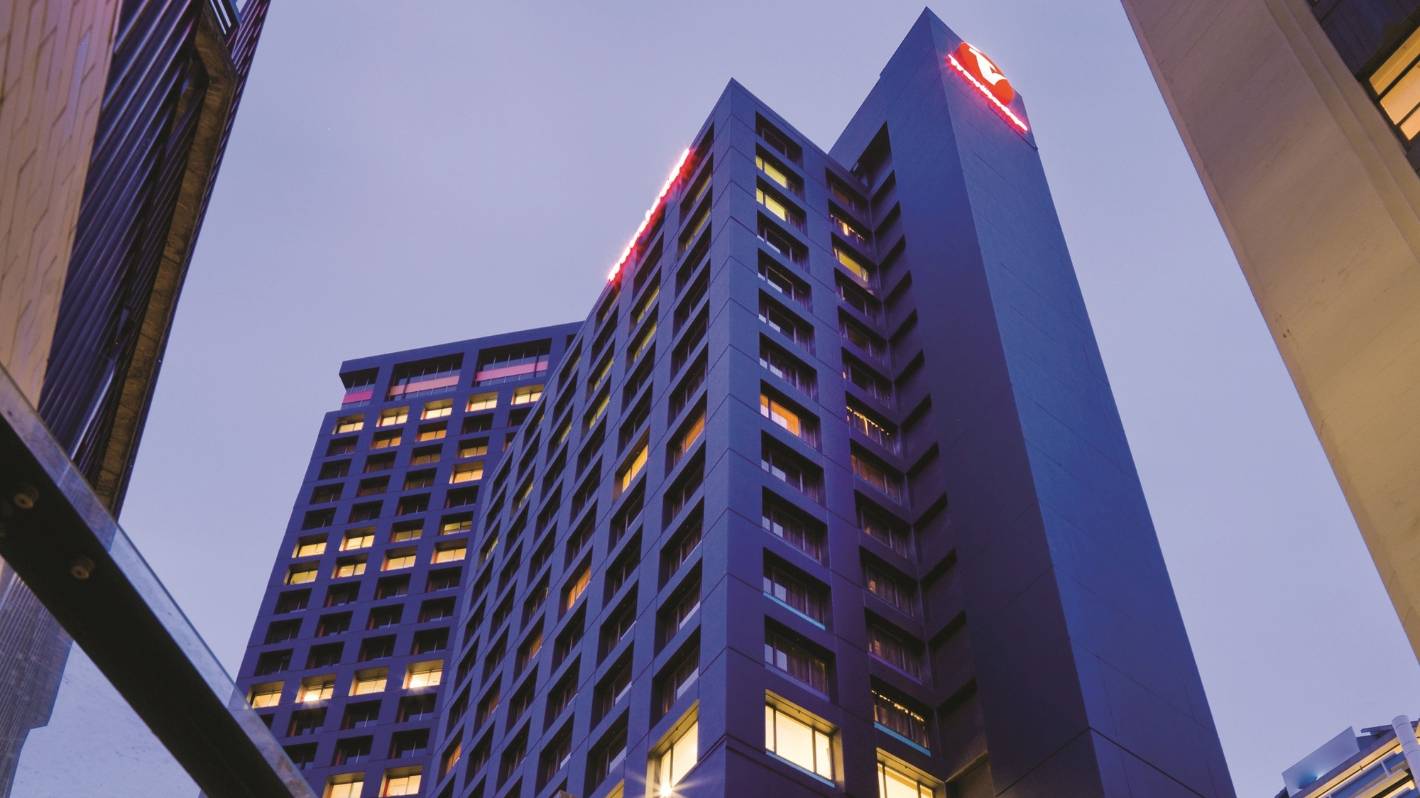 A four-star hotel in central Wellington is for sale, but once sold could be converted into residential or student accommodation.

The Travelodge Wellington is located between The Terrace and Lambton Quay and sellers are hoping for at least $30 million for the property.

The 14-story building sits atop a six-story commercial building and has 132 rooms.

Dean Humphries of property marketing firm Colliers said that with the Travelodge available with or without its current management contract, the property had potential for a range of uses.

A new investor could enter without being hampered by a lease to a hotel operator.

Humphries said the hotel could be upgraded and “repositioned” in the market, or it could be converted into student or budget-oriented accommodation.

Other options included conversion to self-contained extended-stay, or residential apartments, “whether temporary or transitional housing, affordable residential housing or a co-living concept.”

Built in 1986, the hotel was rebranded as Travelodge in 2009. It was formerly known as Copthorne.

It underwent an $11 million renovation in 2008-09 and its current offshore investor owners bought the hotel in 2016.

Hotel sales were not common in Wellington and Humphries said the “guide price” for the property was “over $30 million”.

In addition to its 132 rooms, the hotel building had a 24-hour reception and lobby, a restaurant, five conference rooms, 20 rented parking lots, a gymnasium and ‘laundry facilities.

The property is being sold via an international expression of interest campaign ending on June 9, unless prior sale.