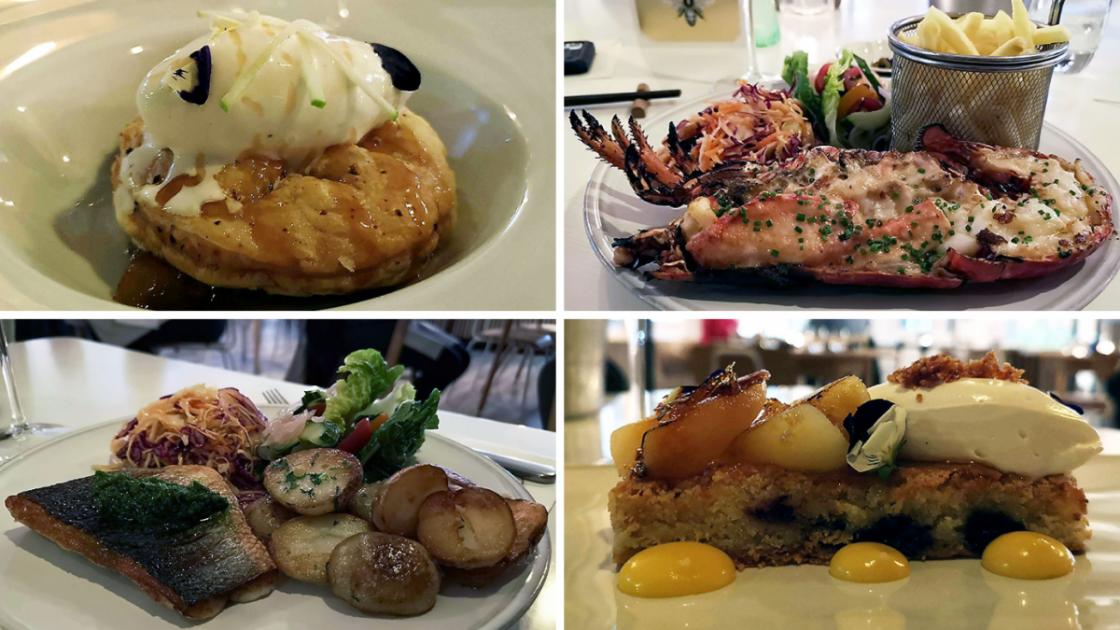 At Cowes’ Smoking Lobster, Cat’s Grilled Half Lobster robata was the tastiest lobster Cat had ever eaten, and she’s no stranger to this aromatic
crustacean.

Unlike the shriveled excuses of other places, here the meat was fatty and creamy.

Similarly, the sea bass fillet was perfectly cooked and sublimated by the kaffir
salsa. The delicious fish retained a pleasantly strong taste.

Both dishes came with a choice of potatoes, as well as seaweed salad and yuzu salad.

The wakame salad was much more like regular English lettuce leaves, with sliced ​​cucumbers and plum tomatoes, but that’s not to say it wasn’t a refreshing garnish; its nod to Asian cuisine was its pickled ginger note.

The yuzu in the coleslaw gave it a delicious citrus flavor, and both of those sides went well with our seafood.

For dessert, Cat chose the miso caramel tarte tatin. This upside-down candy was fruity and puffy, with smooth vanilla ice cream. A decent reimagining of a classic.

The slice of blueberry and yuzu had more than a hint of juicy Bakewell pie, with its pear poached in ginger sake making it almost insignificant. Everything melted in your mouth.

To follow, a trio of cheeses. We enjoyed the understated Isle of Wight Brie, a bolder local blue, as well as a sparkling Lancashire bomber.

Smoking Lobster has clearly found its audience, as it has not only branched out into performing Drunken in its home town, but has also taken Cowes by storm.

Although we did not sample any of the beef or pork dishes, we can attest
that the seafood is cooked by extremely skilled and imaginative hands.

The venue itself is well laid out and the staff are attentive and seemingly engaged in their work.

The Isle of Wight has been on the tourist map since Queen Victoria took up her summer residence.

This offshore location will continue to make a name for itself, attracting many visitors, with its wonderful local cuisine and splendid restaurants, including the Smoking Lobster chain.