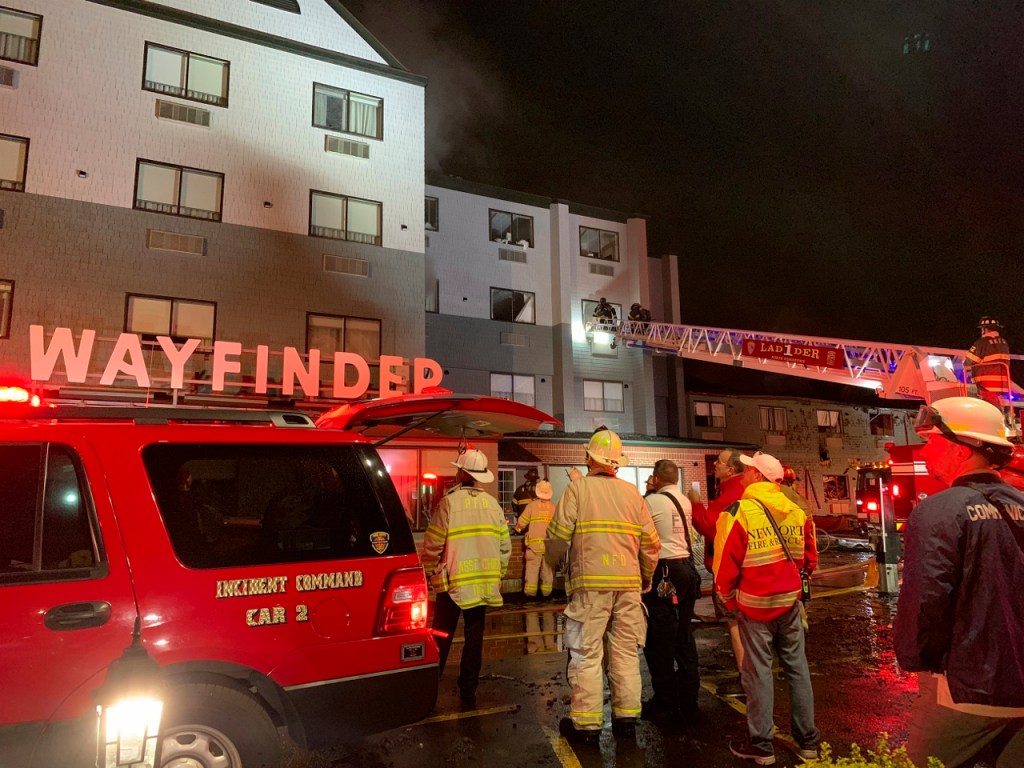 Recently, two very large fires at hospitality establishments in New England caused both businesses to close just at the start of the very lucrative summer season. The first occurred on April 30 in North Conway, NH, at the Red Jacket Mountain View Resort, destroying 75 of its 150 total rooms. The second occurred on May 23 at the Wayfinder Hotel in Newport, RI, destroying a third of its rooms and causing water and smoke damage to most of the remaining property.

North Conway’s 75 units were built in 1971 and did not have sprinklers as they were not required at the time. The Wayfinder Hotel had sprinklers. The fire spread quickly into parts that were unprotected, such as ceilings and floor space, Fire Chief Harp Donnelly IV noted. Void spaces between a ceiling and a floor above and a sloping roof (cockloft type construction) test the extinguishing ability of the sprinklers and the fire spreads rapidly.

The cause of both fires is unknown at the time of this writing.

National code reviews take place every three years. There are different committees for specific requirements and they can propose new standards or submit changes to existing ones. They are voted on by each committee and integrated into the new standards. States may accept these codes as their standards or make modifications according to local needs. New York City has its own set of codes.

The need is to “build to exceed the code”, as current codes allow in some cases less desirable means due to gaining agreement from opposing parties. Usually, it’s the fire departments that demand strong security methods versus builders and homeowners who want less rigid and more economical means. There is active debate and the end result may not be the most structurally sound or fire-resistant method of construction.

One of the worthy goals of constructing a building should be to design the structure to contain a fire in its original room. This is accomplished by having sprinkler systems in all rooms and installing fire doors with automatic closers. Also on low-rise construction, construct two-hour firestop walls as required and have floors, walls and ceilings constructed using at least one-hour firestop products.

When constructing low-rise construction, fire wall assemblies of two hours or more may be required. They must be constructed of masonry or precast concrete and extend horizontally from the exterior of the front wall to the exterior of the rear wall and vertically from the foundation grade to penetrate and extend a minimum of 30 inches beyond. above the roof line. An intumescent firestop material should be used as a caulking to fill voids created by utility pipes passing through this firestop wall. Spacing should be determined at code review time.

Both of these fires are a wake-up call that all hospitality structures and resident-occupied buildings should have and maintain an active sprinkler system and life-saving fire-retardant building products.

Time is not in our favor as too many old grandfathered buildings are currently unsafe. There is a need to eliminate the grandfather clause and provide a fair amount of time to bring everything into compliance

Bob Sweeney is President of RES Associates in Warwick, RI

Reducing food waste can reduce costs for your household