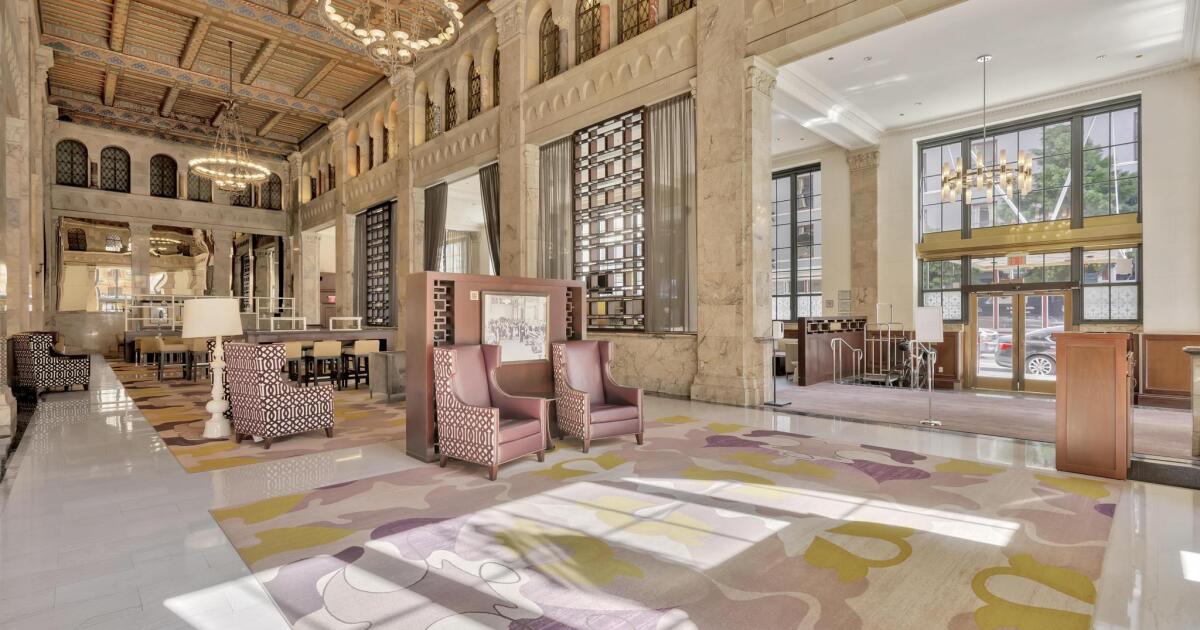 The Courtyard hotel in downtown San Diego, well known for its historic roots as a prominent banking building dating back to the late 1920s, has sold for a reported price of nearly $65.3 million dollars, marking the property’s second sale in just over a year.

Brokerage firm CBRE, which arranged the transaction, announced the deal Thursday, but did not disclose the purchase price. However, records filed with the San Diego County Assessor/Recorder’s office show it sold for $65,290,000, confirmed Ray Kim of the office’s Appraisal Services Division.

This story is for subscribers

We offer subscribers exclusive access to our best journalism.
Thank you for your support.

It was only early last year that the hotel’s owner, Hersha Hospitality Trust, sold the 245-room property to Pimco, a Newport Beach-based global investment management firm, for 64 .5 million dollars.

The hotel’s new owner is a subsidiary of New York-based Certares Management LLC, which acquired the Courtyard by Marriott property in partnership with Philadelphia-based HHM, a hotel management and investment firm that operates more than 185 hotels in 30 states. She has operated the San Diego hotel for over a decade.

“We look forward to the Courtyard’s accelerated growth following the completion of a major renovation as the San Diego market continues to strengthen its presence as an international entertainment, convention and life science center,” said Certares Vice President Mike Kusy said in a press release.

Southern California hotel analyst Alan Reay said he was surprised the sale price had barely increased from what the hotel was selling for a year ago.

“It tells me the market is stagnating in terms of values ​​and rising interest rates are having an impact because this is a beautiful property,” said Reay, president of County-based Atlas Hospitality Group. Orange.

“I think it’s going to have a huge impact on the number of transactions coming up,” Reay said. “The vast majority of sales in the first half of this year took place in the first four or five months, and even those that closed in June were closed a few months earlier. Knowing that interest rates increase, the seller may have thought that this would put continued downward pressure on prices.

The Courtyard Hotel has changed hands several times over the past decade. When Hersha bought it in 2013, the price was $71 million, well above this month’s sale. Then-seller Wheelock Street Capital bought the hotel in 2011 for $61.1 million.

Located at 530 Broadway, the 14-story Courtyard by Marriott hotel features a towering lobby with 32-foot-high ceilings and 4,800 square feet of meeting space, including what’s known as the Drop-off Room. which still has the original 47,000 pound Mosler trunk. Company safe door. All 245 rooms recently underwent a $4.5 million renovation.

Built in 1927 as the San Diego Trust & Savings Bank, the property was converted into a hotel in 1999. As part of the conversion, the bank’s original 35 columns, clad in United States marble, d Europe and Asia, remained in place, as did the circular chandeliers, the plaster coffered ceiling and the bronze wickets.

CBRE, which handled negotiations for the seller on the most recent transaction, noted in a press release that the new acquisition comes at a time when the San Diego area is seeing more business activity than any other region in the world. southern California.

A soon-to-be-released hotel sales report prepared by his firm indicates that 17 hotels were sold in San Diego County during the first half of this year, Reay said. That compares to 17 in Riverside County, 16 in San Bernardino County, and 29 in Los Angeles. He expects a significant slowdown in the second half.