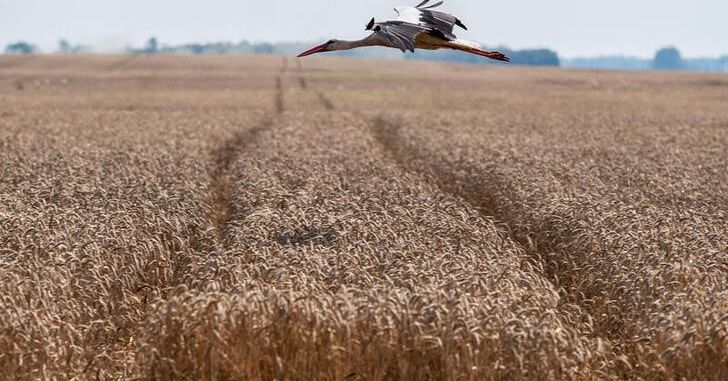 The deal, which created a protected corridor, was designed to ease global food shortages, with Ukraine’s customers including some of the world’s poorest countries, such as Eritrea in Africa.

So far, however, the bulk of exports has been corn, which is typically used for animal feed or to produce ethanol for biofuel.

Here are some of the problems:

The pact created a safe shipping channel for exports from three Ukrainian ports and the initial aim was to pave the way for the departure of ships that had been trapped in the war-torn country since Russia’s invasion in february.

So far, around 370,000 tons of agricultural products have been shipped, mainly corn, but also small volumes of soybeans, sunflower oil and sunflower meal. There have been no wheat shipments yet.

This partly reflects the timing of the Russian invasion, as much of last year’s wheat crop had already been exported in February, as it is harvested several months before corn and therefore tends to be shipped more early.

There are about three million tonnes of grain at the ports that need to move first, which will likely take until mid-September to clear.

WILL IT ALLEVIATE THE FOOD CRISIS?

Much larger volumes will need to be shipped to have a substantial impact on global supplies.

The three ports involved in the deal – Odessa, Chornomorsk and Pivdennyi – have the combined capacity to ship around three million tonnes a month and some expect that level of exports could be reached in October.

However, a large number of ships will be needed to transport such a volume of grain and some shipowners may be reluctant to enter a war zone, particularly with the threat posed by mines and the high cost of insurance.

WHAT ABOUT MARINE MINES?

Russia and Ukraine accuse each other of laying the many naval mines that now float around the Black Sea. These pose a significant threat and were cited by a crew member of the first ship, the Sierra Leone-flagged Razoni, as the only thing he feared on Monday. Read more

The mines drifted away from Ukrainian shores, with Romanian, Bulgarian and Turkish military diver teams defusing any that ended up in their waters.

It could take months to eliminate them and there was not enough time to do so before the grain pact came into effect.

The Istanbul-based Joint Coordination Center, which oversees the deal and is made up of Turkish, Russian, Ukrainian and UN officials, issued long-awaited procedures on the sea route on Monday, which aim to allay insurers’ concerns. and shipowners. Read more

Insurers had previously said they were willing to provide cover if there were arrangements for international naval escorts and a clear strategy to counter sea mines. Read more

In one of the first steps following the July 22 agreement, insurer Lloyd’s of London Ascot and broker Marsh (MMC.N) have set up ocean cargo and war cargo insurance for grain and foodstuffs leaving Ukraine’s Black Sea ports with coverage of $50 million for each trip. Read more

However, the cost of comprehensive insurance for ships – which includes separate coverage segments – sailing in Ukrainian ports is expected to remain high.

WHAT ABOUT THE CREWS?

At the start of the conflict, around 2,000 sailors from all over the world were stranded in Ukrainian ports and this number is now less than 450.

WHAT IS AT STAKE?

UN Secretary-General Antonio Guterres said the deal would bring relief to developing countries “on the brink of bankruptcy and the most vulnerable people on the brink of starvation”.

Ukraine can transport up to two million tons of grain per month by truck and rail, about half of the four million tons it transported through its seaports before the conflict.

The sharp drop in shipments from Ukraine has played a role in driving up global food prices at a time when global hunger is on the rise. The COVID-19 pandemic and weather shocks have also contributed to food price inflation.

HOW CAN THE AGREEMENT SLOW GLOBAL FOOD INFLATION?

If the grain export plan is successful, a decline in world grain and oilseed prices is widely expected. However, supplies are still limited and Ukraine’s harvest this year will be lower than last year as the conflict has disrupted agriculture.

The World Food Program has warned that food prices will remain high even if the deal holds. Read more

Agriculture focused with over 30 years of experience in London, Chicago and Los Angeles, including metals and energy coverage. Interests include the impact of climate change on agriculture, new agricultural technologies and food security.