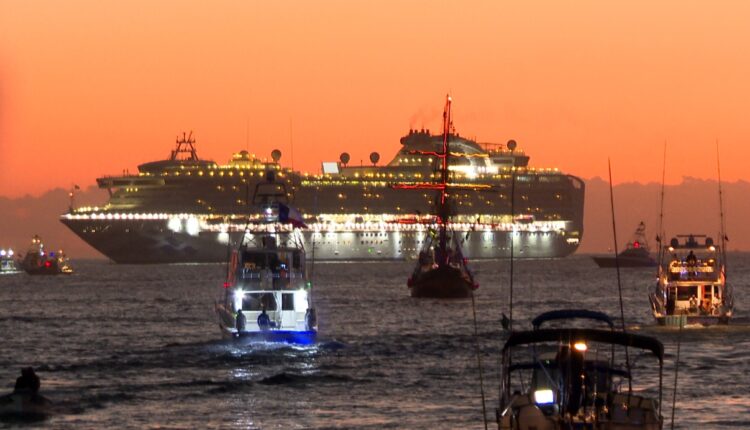 Exceptional is how hoteliers describe the high tourist season in Los Cabos. According to figures provided by the Los Cabos Hotel Association (AHCL), October will see an average occupancy of 70%.

During the celebration of The black and blue of Bisbeewhich will take place from October 26 to 29, hotel occupancy in the destination is estimated to reach 72%.

Lilzi Orcí, representative of the hotel sector of Los Cabos, explained that the hotel occupancy rate was exceeded by more than 10%; comparing what was achieved during the year 2019, thanks to tourist and sporting events such as the Bisbee’s tournament.

Entrepreneurs maintain high expectations about the possibility of further increasing the volume of tourist arrivals thanks to the synergy that Bisbee’s brings to the destination.

“October is no exception, we expect to close 71%, practically above 70%. These are very good numbers compared to 2019. Even in October 2019 they close at 61%, this year we hope they close at 70%, that’s what we have occupancy and it is possible that it closes higher. Obviously, this kind of event reinforces the occupation, at that time we must be around 72% in the destination” Orci said.

In a study by the Bisbee Tournament and the Fund for the Protection of Marine Resources (Fonmar), they estimate that each tourist who visits Los Cabos for sport fishing leaves a daily economic income of approximately $3,000.

The coordination of Fonmar Sport Fishing Tournaments in the state estimates that from October to November, fishing events leave a spill of more than $50 million.

Sport fishing represents 9% of the total tourist flow that arrives in Los Cabos, according to data from Los Cabos Tourism Trust (Fiturca).

It is because of the quality that exists in the state that tourists return to this region, since very few destinations in Mexico and in the world have what Los Cabos can offer, concluded Lilzi Orcí.