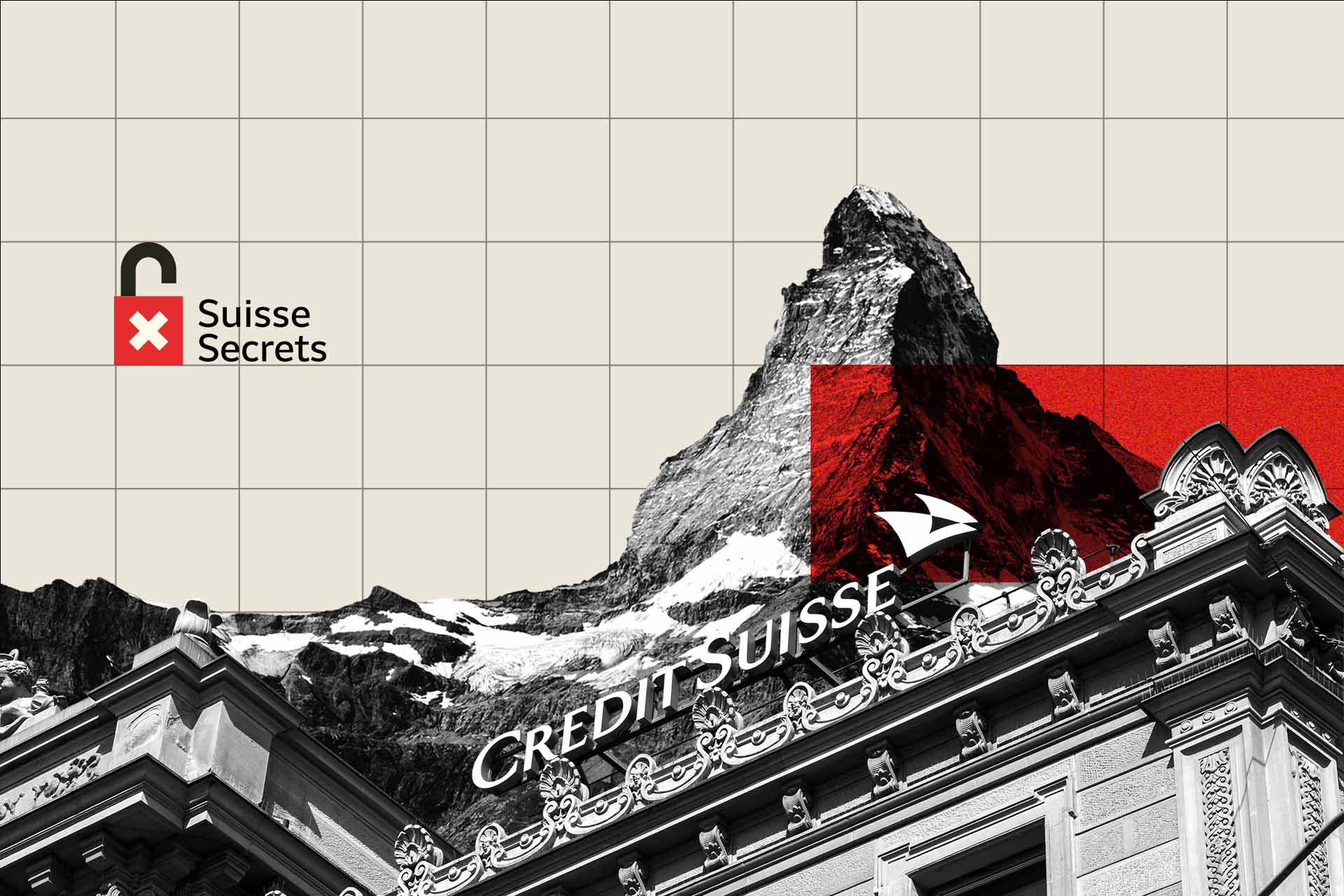 One of Pakistan’s richest men has long maintained he had nothing to do with buying a five-star hotel in London amid an investigation into possible forgery, tax evasion and money laundering. ‘money.

But bank records obtained by OCCRP and its partners in the Swiss Secrets investigation may have linked him to the hotel acquisition. A leaked Credit Suisse data reveals that wealthy businessman Mian Mohammad Mansha appears to have held a joint bank account with a mysterious company that helped finance the deal.

The data was provided by an anonymous source to German newspaper Süddeutsche Zeitung, which shared it with OCCRP and 46 other media partners around the world. Journalists from five continents combed through thousands of banking records, interviewed insiders, regulators and prosecutors, and rummaged through court records and financial information to corroborate their findings. The data covers over 18,000 accounts opened from the 1940s through well into the past decade. Together, they held funds worth more than $100 billion.

“I think Swiss bank secrecy laws are immoral,” the data source said in a statement. “The financial privacy pretext is just a fig leaf covering the shameful role of Swiss banks as collaborators of tax evaders. This situation fosters corruption and deprives developing countries of much-needed tax revenues.

Since the Credit Suisse data obtained by journalists is incomplete, there are a number of important caveats to keep in mind when interpreting it. Learn more about the project, where the data comes from and what it means.

Pakistani tax authorities began investigating Mansha and other members of his family in 2015 after they suspected irregularities in the purchase of the historic St. James Hotel & Club in November 2010 for around $50 million. 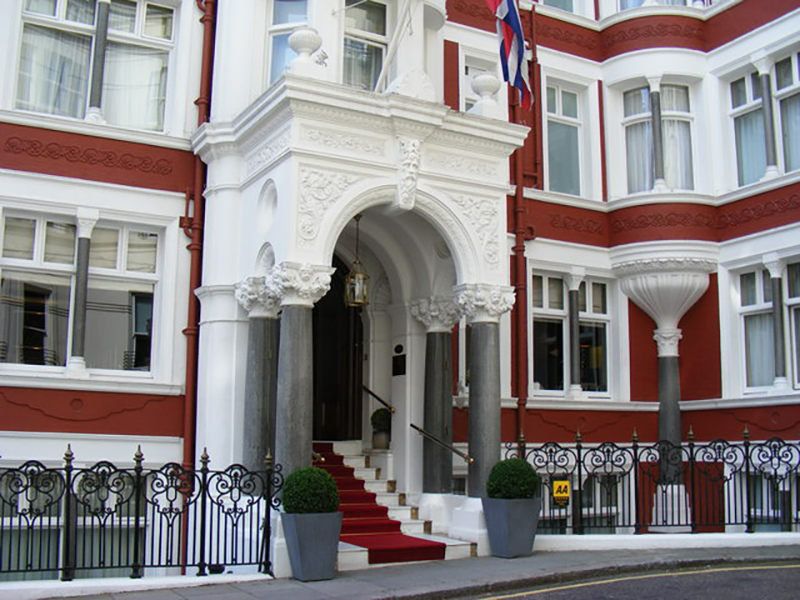 The St. James Hotel & Club in Mayfair, one of London’s most expensive areas.

Mansha insisted he had no stake in the hotel, which is owned by his sons, Umer and Hassan, and daughter-in-law, Ammil Raza Mansha. They claimed to have financed the purchase with $22 million borrowed from an obscure offshore company in the British Virgin Islands and $20 million borrowed from another company in the British Crown dependency of Guernsey. The Manshas said the Guernsey company was called Easy Investments Limited.

The two loan agreements were signed by Hassan Mansha and in the presence of Muazzam Rashid, deputy manager of a Mansha family business in Pakistan, according to court documents.

Pakistan’s Federal Revenue Authority began investigating the case after it suspected the family had moved funds out of the country without declaring them. But the investigation quickly reached a dead end, as investigators were unable to find out much about the offshore companies that allegedly lent the money.

Officials in the British Virgin Islands did not provide any information about the company registered there, Avendale Enterprises Limited, which had loaned the Manshas $22 million. Guernsey officials were more helpful, but their response when asked about Easy Investments Limited raised red flags. They said there was no record of the company ever having been registered on the island. Pakistani investigators have found no trace of it anywhere else in the world either.

In court documents filed in 2020, the Federal Board of Revenue argued that Guernsey’s lack of registration for Easy Investments made the multimillion-dollar loan suspicious and raised “serious questions about the veracity of members’ claims.” of the Mansha family”.

Now, Swiss Secrets data suggests that Mansha may have had a close connection to Easy Investments. A company controlled by Mansha and his wife, Naz, opened a bank account with Credit Suisse in 2005 which named Easy Investments Limited as joint holder.

The account, which was closed in 2013, had a peak balance of about 18.5 million Swiss francs (about $20 million) in 2012, more than a year after the hotel deal was completed.

It cannot be definitively proven that the company listed on the bank account is the same as the offshore that loaned the Mansha family money, as the Swiss Secrets data does not include the jurisdictions where the companies are registered. . Journalists found a handful of companies named Easy Investments Limited registered at the time of the deal in other jurisdictions around the world, but either their ownership could not be identified or they did not appear to be connected to the deal. .

But Maira Martini, a policy expert at Transparency International, said Swiss Secrets data indicated Mansha must have had a close relationship with a company called Easy Investments Limited.

“It would not be possible for someone else to be listed as the [co-]owner of your account if you have nothing to do with them and have never met them,” she said. “Everything on the account belongs to you both.”

The Manshas’ lawyers challenged the tax agency’s jurisdiction because Residentia Holdings PTE Limited, the parent company of the company that owns the hotel, is a foreign entity. They also questioned the jurisdiction of the National Accountability Bureau, which is pursuing a separate case over suspicions that the deal involved money laundering.

But the new revelation about Easy Investments could change the course of these investigations.

If Mansha secretly owned the business and lied to investigators about it, he could face serious financial penalties — and even perjury charges, a tax official who worked on the investigation told OCCRP.

“If the information is supported by documentary evidence, then he will have to pay applicable taxes plus penalties on the amount evaded,” said Haroon Muhammad Khan Tareen, who launched the Mansha investigation in 2015 but is now retired. .

Mansha did not respond to reporters’ questions. Neither he nor his family members have been charged with any crimes related to the transactions.

Mansha recently resigned as chairman of Nishat Group, a conglomerate founded by his father and uncles in 1951. In 2010, he became the first Pakistani to appear on the Forbes list of billionaires.

Mansha’s business grew in the 1990s when, through a privatization campaign led by Prime Minister Mian Nawaz Sharif, he acquired stakes in two cement companies and was part of a consortium that bought the Muslim Commercial Bank, one of the largest in Pakistan.

Questions still arise about the acquisition of the bank. Mansha’s 12-partner consortium bid was not the highest submitted, but it was allowed to match the highest bid to win the auction. A NAB investigation launched in 2002 remains open.

Sharif was investigated after the Panama Papers revealed that several of his children were secret beneficial owners of luxury apartments in London.

Mediterranean in Marianna, the family prepares the American dream with a restaurant