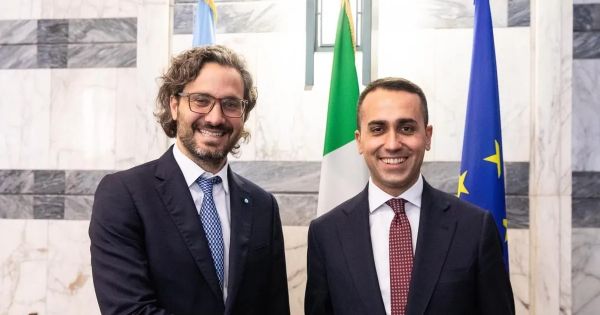 Argentina seeks to become a stable food supplier for Italy

The two heads of diplomacy agreed to set up ministerial round tables with leaders of agro-industry and productive development of the two countries to “consolidate Argentina as a stable supplier of food and energy to Italy in an unfavorable and very unstable global context,” said Cafiero.

The likely large-scale entry of Italian energy giant ENI (Ente Nazionale Idrocarburi) into the Argentine energy market was also mooted. The Italian public company was created in 1953. In 2021, it achieved a global turnover of more than 45 billion euros, in addition to being listed on the Italian stock exchange and the New York Stock Exchange.

ENI has been operating in Argentina since 1991 and is present in more than 66 countries with 32,000 workers. It would begin offshore explorations in the South Atlantic, some 100 km from the Argentine coast over an area of ​​4,418 km2. The Italian form are also said to be interested in investing in Vaca Muerta.

Cafiero was escorted by the Buenos Aires ambassador to Rome, Roberto Carlés, and the chief of staff of the Ministry of Foreign Affairs, Luciana Tito.

“Solving our country’s debt crisis implies that economic growth should not be stopped and Italy has played a fundamental role for Argentina to achieve this,” Cafiero stressed.

The two foreign ministers also discussed the situation in Latin America and the Caribbean, as well as the war in Ukraine.

Italy is Argentina’s third European partner and the 15th foreign investor in the country, with more than 250 companies employing some 50,000 workers.