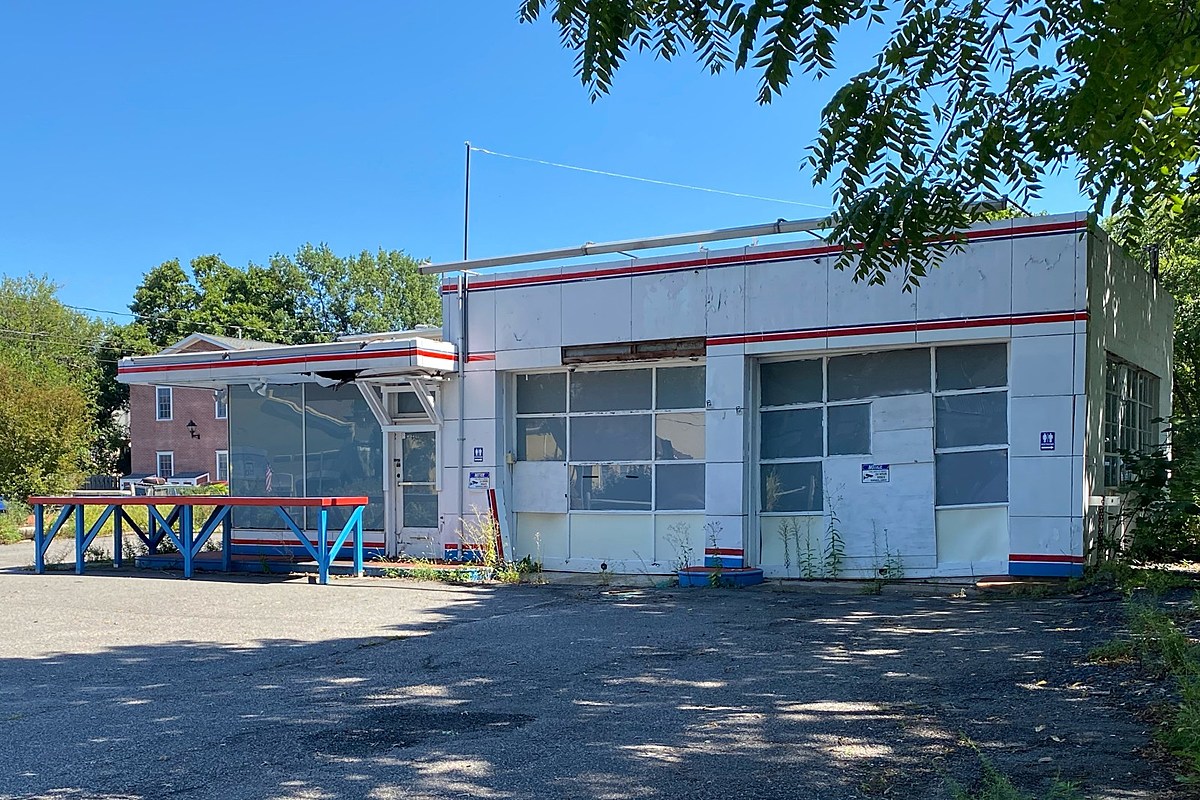 An abandoned gas station in Flemington could become a restaurant

Eric Hineline’s gas station and garage stood on Main Street in Flemington, New Jersey for many years as a throwback to better, simpler times in America.

Friends and customers say he was a gifted mechanic and a fun character, but he fell on tough economic times years ago. The business became difficult and was a sore point for the township.

Years ago, the Department of Environmental Protection had a $2 million lien on his property. It was for a service to clean up a fuel leak from underground storage tanks. There were accusations of a poorly maintained property and once it was the subject of talks of an eminent domain takeover.

Then there was the $225,000 the township says Hineline owed, saying it hadn’t paid property taxes or sewer and water bills in more than a decade.

Hineline is long gone but the legacy is not forgotten. The shop has remained abandoned for a few years now, frozen in time.

Here are some pictures of what it looks like today. Took them myself as I live only half a mile from here.

Well, it might not look like that for a very long time. The borough acquired the property a few years ago and after environmental issues were ironed out, it now looks like it could be converted into a restaurant.

Plans call for an addition to the building, which would triple its size. The restaurant would have table space for 48 seats, plus 11 seats at the counter and another 16 outside.

The restaurant proposal has yet to be approved by the Planning Board and a public hearing has not been set. But I hope everything goes well because the property has been an issue for so long.

And I also hope some of Hineline’s old friends and customers sit in that outdoor seating area and tell great stories about her on a hot summer night.

The views expressed in the above post are those of New Jersey 101.5 talk show host Jeff Deminski only.

You can now listen to Deminski & Doyle — On demand! Listen to New Jersey’s favorite radio show every day of the week. Download the Deminski & Doyle show wherever you get podcasts, on our free app, or listen now.

UP NEXT: Find out how much gas cost the year you started driving

Discover the must-see roads in each state

This is where legal NJ weed is sold

The number of recreational cannabis dispensaries continues to grow, with nearly two dozen state approvals granted since the first adult recreational sales in the state in April. Here is where the open sites are.

The New International Food Trail You Must Experience in North Carolina