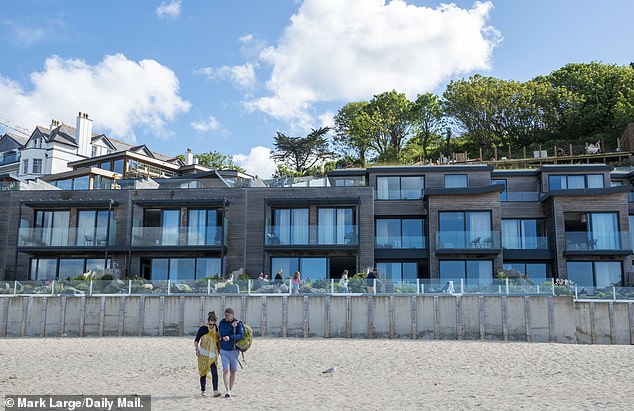 A hotel that hosted the G7 summit has been ordered to demolish its meeting rooms built specifically for the conference – but without planning permission.

The Carbis Bay Hotel built the rooms it says were needed for the gathering of world leaders in June last year without the green light from Cornwall Council.

Angry activists then clashed after discovering trees and wildlife habitat destroyed to make way for buildings.

The hotel has now lost its appeal to the Planning Inspectorate against an enforcement notice from Cornwall Council.

The notice requires the hotel to demolish the three buildings and restore the land to its former level, slope and condition before development was undertaken.

The Carbis Bay Hotel built the beachside huts while it was in the global media spotlight as the venue for last year’s G7 summit in St Ives, Cornwall 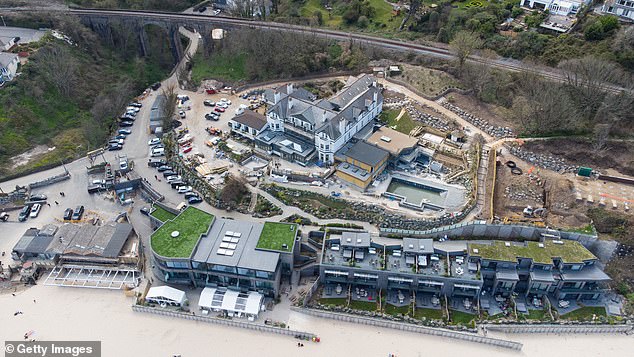 An aerial view of 7 Place in Carbis Bay, Cornwall, in April last year. The summit was the first meeting between G7 leaders since the start of the pandemic 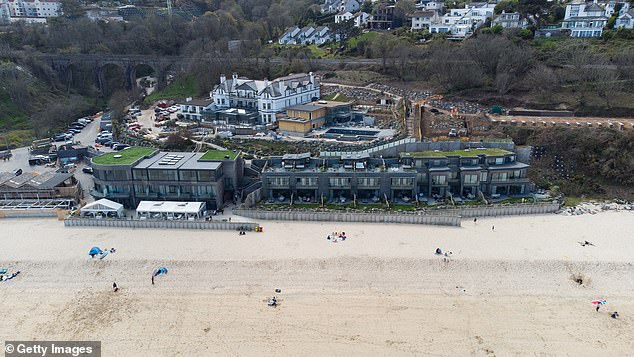 A notice ordered the hotel to demolish the three buildings and restore the grounds to their former level, slope and condition 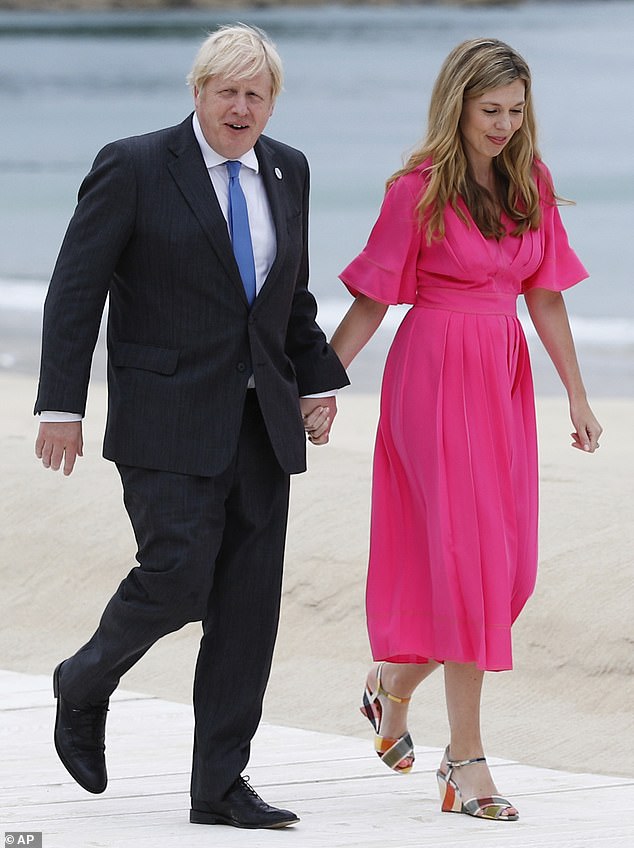 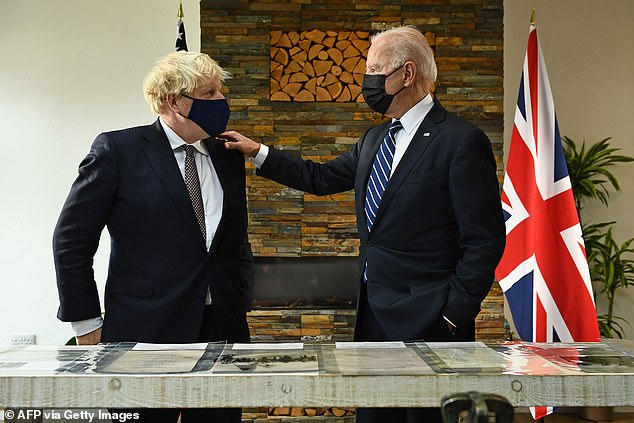 Johnson (left) and US President Joe Biden, both wearing face coverings due to Covid-19, view a display ahead of their bilateral meeting in Carbis Bay, Cornwall

The hotel had started work on meeting rooms in early 2021 and only submitted a retrospective planning application after Cornwall Council raised concerns.

However, the owners later withdrew the request, resulting in the issuance of the enforcement notice.

The Town Planning Inspectorate has now decided that the opinion should be upheld.

Announcing his decision, Inspector Peter Jarratt said: ‘I have found very significant detriment to the character and appearance of the landscape which is contrary to national and local policies. 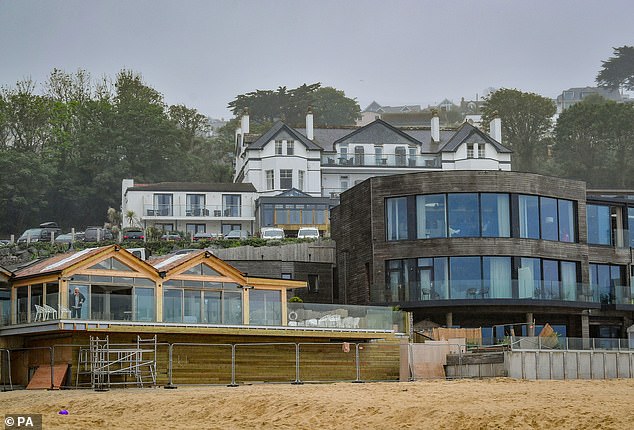 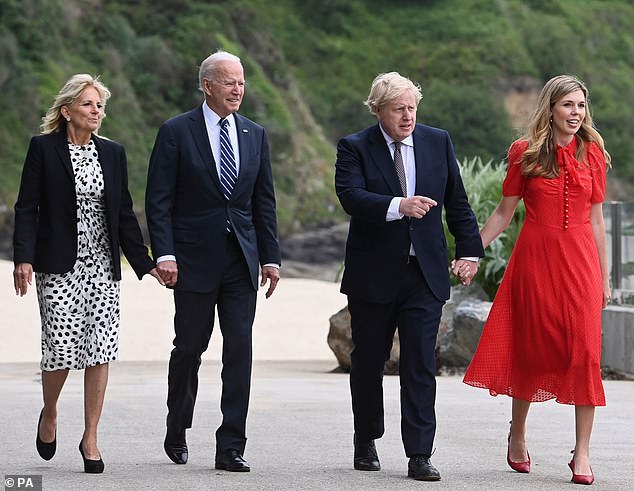 Photographs showed the Prime Minister and his wife leading his counterparts, including US President Joe Biden and his wife Jill, across the temporary bridge onto the beach.

“While the hotel is credited with having hosted the G7 summit and is now keen to convert the meeting rooms into holiday accommodation, the economic benefits from the development…are insufficient to outweigh the damage to the landscape.”

As a result, Cornwall Council confirmed that it had launched enforcement proceedings and would ask the hotel to demolish the buildings and restore the site to its original form.

In a statement, Cornwall Council said it had taken enforcement action following the withdrawal of the planning application which “will require unauthorized developments to be removed and the land restored to its former levels, gradients and state”.

As part of its now withdrawn application, the hotel gave more details about its plans.

He said: “The new conference facilities will provide a continued legacy to the hotel and the local economy post-summit, creating 12 additional full-time equivalent jobs and providing much-needed additional hotel space.” 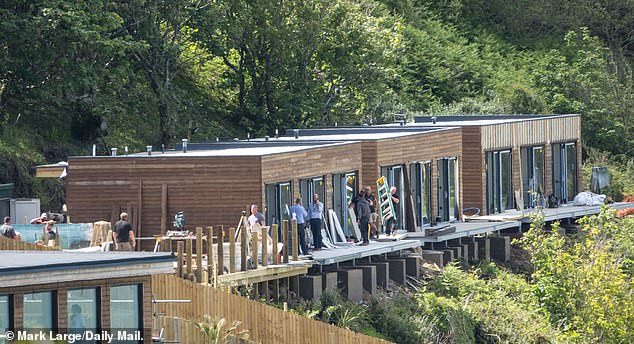 The hotel also came under fire after the Environment Agency confirmed it did not have permission to build a bridge to allow world leaders to cross a beach river.

The hotel owners never sought permission to build the structure on the 25-acre beach or a flood risk permit to divert the river below, the agency confirmed.

Richard Stubbs, chairman of the Cornwall branch of the Campaign to Protect Rural England, was among those who opposed it.

He said: ‘This hotel has, in defiance of a previous planning refusal, sought to clear a natural area with many established trees, falsely using the G7 as justification.

‘Powerful commercial interests should not be allowed to trample planning regulations. The rules are there to protect the uniqueness and beauty of Cornwall.

A representative from the Carbis Bay Hotel told Mail Online they had no comment at this stage.

Check-in: the hotel by the sea