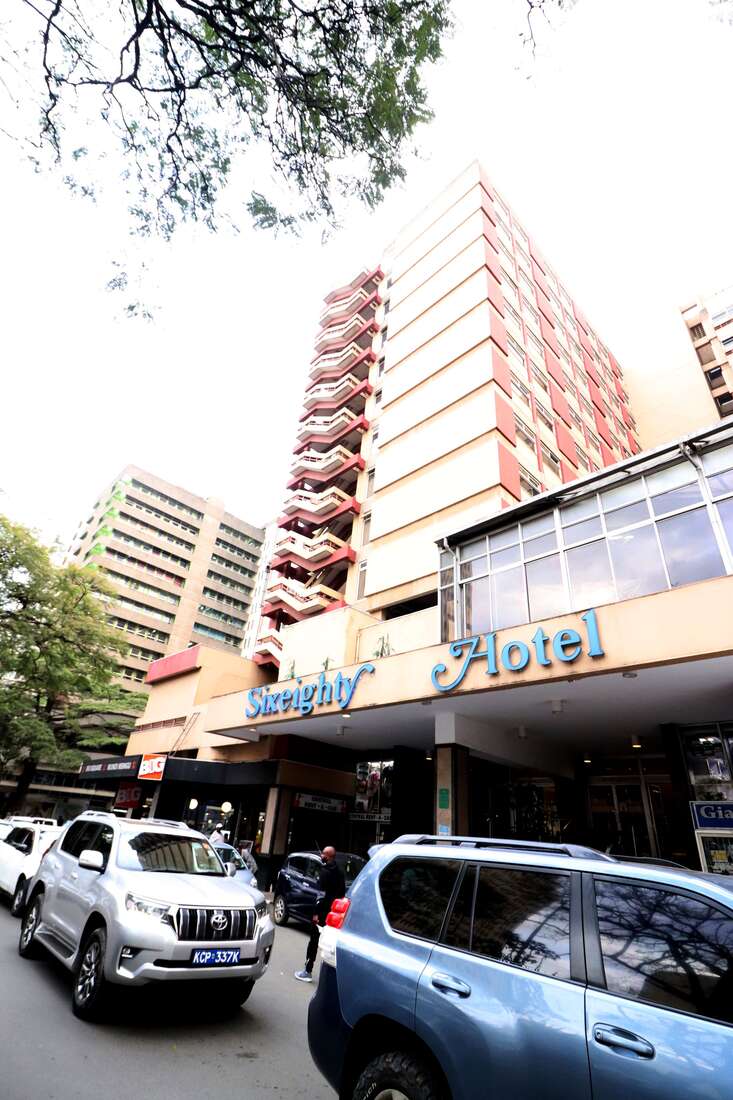 The billionaire owner of Hotel 680 in Nairobi city center has sold the three-star property to Machakos-based Maanzoni Lodges for an estimated 1.2 billion shillings, highlighting deals being struck in the hospitality sector. hospitality industry in Kenya.

A transaction advisor who participated in the transaction and spoke to the business daily on condition of anonymity said it had received regulatory approval.

680 is part of the Sentrim Hotel portfolio associated with billionaire investor Jagdesh Patel, who in 2018 tapped real estate firm Knight Frank to sell his eight hotels at a target price.

Knight Frank reported on Thursday that the sale of the other seven hotels, including Boulevard Hotel, Castle Royal Hotel (Mombasa), Elementaita Lodge, Samburu Lodge, Sentrim Tsavo, Sentrim Amboseli and Sentrim Mara, was in the final stages of completion.

The 680 will join Maanzoni franchises, including the three-star lodge with 326 en-suite bedrooms situated on 28 acres of land in Lukenya, Machakos.

Maanzoni is associated with businessman Chris Musau who in 2019 announced plans to build an 11-storey 300-bed hotel with luxury residential facilities in the town of Machakos.

The deal comes at a time when top hotels have closed or witnessed ownership changes as the industry recovers from Covid-19 travel restrictions.

“Maanzoni has finalized the sale of 680 Hotel. They needed a presence in downtown Nairobi,” the 680 Hotels deal adviser said.

680, which takes its name from the number of beds it had when it first opened, is the group’s biggest moneymaker, raking in 213 million shillings a year in 2018.

Knight Frank argues that 680’s profit can be maximized either by renovating the building into an office block or by letting the three-star hotel continue to run smoothly.

The hotel has reportedly attracted interest from local and foreign investors amid speculation that Vice President William Ruto had a stake in the facility.

Inside the Sentrim Group is a complicated ownership web that has buried the identities of individual owners in multiple layers of local and offshore trusts and companies.

Mr. Patel, Rajnikant M. Shah and Harji V. Hirani each own a stake in local companies that own Sentrim Group hotels.

Mr Patel, Mr Shah and Mr Hirani hold one share in Mayhouse, Chezer, Newgate and Operation Castle while their offshore companies hold the other 128,000 shares.

The four local companies are, in turn, majority owned by four companies registered in the British Virgin Islands and Mauritius.

Mr Musau, the man behind Maanzoni, launched his hotel brand as a hobby two years after selling his Nova supermarkets to retail giant Naivas.

He bought 10,000 acres through local moneylenders, personal savings and family resources and sold most of the land, including to his late brother-in-law and former minister Mutula Kilonzo.

Mr. Musau has plans to expand his franchise beyond Machakos County and 680 offers the option of operating a hotel and offices in downtown Nairobi.

Kenya’s tourism industry has started to emerge from its deep Covid-19-induced recession as local travelers take advantage of lower prices, but the number of foreign visitors is still well below pre-COVID-19 levels. pandemic.

The country expects the sector, usually one of its biggest foreign exchange earners, to earn 173 billion shillings this year, up 18.5% from last year. Profits fell to 88.6 billion shillings due to Covid restrictions.

They rebounded to 146 billion shillings last year as the number of hotel nights occupied by Kenyan travelers doubled over the period.

A number of high-profile hotels including Hilton, InterContinental and Laico Regency in downtown Nairobi have ceased operations amid the economic fallout from Covid-19. Some hotels have changed hands.

Kasada Hospitality Fund, which is backed by the Qatar Investment Authority (QIA) – the country’s sovereign wealth fund – has fully acquired the Crowne Plaza Hotel for an estimated 4.6 billion shillings.

Local resorts, which normally focus their marketing efforts on overseas tourists, have been forced to look to the domestic market by the pandemic, offering cut fares to lure vacationers.

The number of foreign visitors was still significantly below pre-pandemic levels, at just under 870,500 last year compared to two million in 2019. They are expected to reach 1.03 million this year.